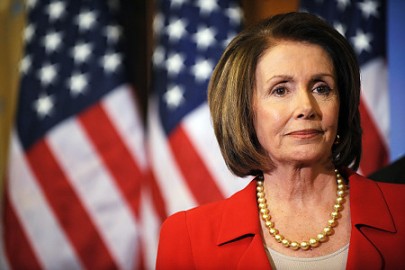 House Minority Leader Nancy Pelosi (D-Calif.) will remain atop the Democratic caucus for at least two more years, extending her role as Congress’s most vocal liberal voice opposing the Republican agenda despite a second straight election in which her party failed to win back the majority.

She said she felt compelled to remain in leadership as Congress and President Obama embark on an effort to resolve a fiscal crisis that could jeopardize core government programs. And she vowed to work to limit the role of money in politics and to empower women in the workplace and the political arena.

“Being active in politics at this level is really insatiable,” Pelosi, 72, said, recounting a conversation she had with her brother explaining why she wants to stay on. “What I said to him was, ‘There’s not enough hours in the day for me. There’s so much more I want to do.’ ”

Technically, Pelosi must win a vote in leadership elections that are slated for after Thanksgiving in order to retain her position as head of the caucus. That victory is a certainty, according to Democrats.

Pelosi informed House Democrats of her decision at private meeting, surrounded by nearly 40 members of her party who were victorious in elections last week. She announced it to reporters a short time later.

“The message is clear from the American people. They want us to work together to get things done. And that’s what these folks are here to do. Just like all of you,” Pelosi said during the caucus meeting, according to the notes taken by (sic) a Democrat in the room. “We may not have the gavel, but as I can see in this room, we have the unity.”

The only woman to ever lead a congressional party caucus, Pelosi’s fate had been unclear since last Tuesday’s election left Democrats at least 17 seats short of the majority, following the GOP rout two years ago that ended her four-year run as the first female House speaker.

She spent the last week talking to Democratic lawmakers and her family and friends about her future plans, never quite revealing to any of them what her intentions were. Senior aides who have worked for her for years left the Capitol Tuesday night unsure of Pelosi’s decision.

Among national Democratic leaders, Pelosi has become the most prominent defender of entitlement programs such as Medicare. In the weeks and months ahead, congressional leaders and President Obama will try to negotiate a massive debt deal that could include drawing savings out of Medicare, Medicaid and Social Security, as well as raising more revenue through an overhaul of the tax code that would eliminate many special exemptions.

The last attempt at such a deal, between Obama and House Speaker John A. Boehner (R-Ohio) in the summer of 2011, caused deep anxiety among Democrats, as Obama crossed lines that many liberals would not have supported.

« BlackBerry To Launch “10” Smartphones At End Of January
10 Days After The Election, Romney Is Persona Non Grata In GOP Circles »