BlackBerry To Launch “10” Smartphones At End Of January 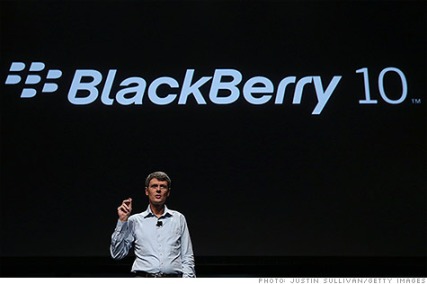 RIM is finally ready to show the world its future — the software and hardware it hopes will save it.

The company announced that it will be holding a launch event for its BlackBerry 10 operating system on Jan. 30, 2013. RIM has been previewing the software since the spring, and while it had hoped for a launch before the end of the year, it pushed the date to early 2013 so it could work a bit longer on the features.

“Our team has been working tirelessly to bring our customers innovative features combined with a best in class browser, a rich application ecosystem, and cutting-edge multimedia capabilities,” RIM CEO Thorsten Heins said in a statement today.  ”All of this will be integrated into a user experience — the BlackBerry Flow — that is unlike any smartphone on the market today.”

The new software is a complete overhaul of the current BlackBerry operating system. It has new features like Peek, which lets you see all the apps you have open, and Balance, which lets you create distinct areas for work and play on your device.

Speaking of devices, RIM will release two phones with BlackBerry 10 at launch, one that is controlled through a touchscreen and one with a physical QWERTY keyboard and a large screen. The touchscreen keyboard, RIM says, will be the best on the market.

“Whether you are using our all-touch product or our physical keyboard device, you will have the best keyboard, period,” RIM’s CMO, Frank Boulben, told ABC News in September. Boulben said that the new software will make competitors like Apple and Google look outdated.