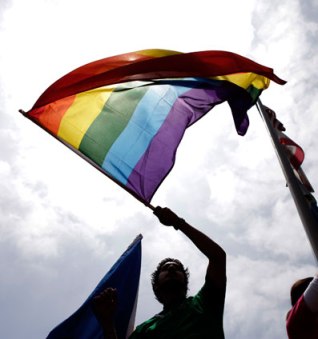 A federal appeals court in New York on Thursday became the nation’s second to strike down the Defense of Marriage Act, finding that the Clinton-era law’s denial of federal benefits to married same-sex couples is unconstitutional.

The divisive act, which was passed in 1996, bars federal recognition of same-sex marriages and says states cannot be forced to recognize such marriages from other states.

The 2nd U.S. Circuit Court of Appeals determined that the federal law violates the Constitution’s equal protection clause, ruling in favor of a widow named Edith Windsor, an 83-year-old lesbian who sued the federal government for charging her more than $363,000 in estate taxes after being denied the benefit of spousal deductions.

The case centered on the money Windsor wanted back but questioned whether the federal government could continue to ignore New York’s recognition of her marriage and financially penalize her as a result.

“Homosexuals are not in a position to adequately protect themselves from the discriminatory wishes of the majoritarian public,” wrote Dennis Jacobs, a conservative judge in New York.

A federal appeals court in Boston made a similar ruling in May, but the moves are considered largely symbolic as the issue is expected to be eventually decided by the U.S. Supreme Court.

“This court has a limited jurisdiction,” CNN legal analyst Paul Callan said. “But this is a very favorable decision for those who believe that the Defense of Marriage (Act) unconstitutionally discriminates against same-sex couples.”

Those who back striking down the law “believe this decision will give them a very strong position arguing before the U.S. Supreme Court in the future,” he said.