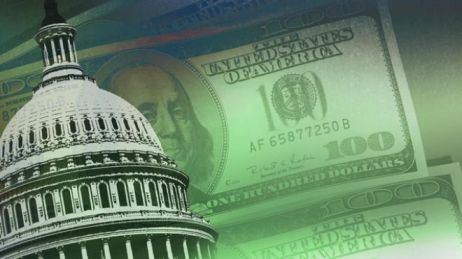 The tight presidential race has all but ensured that Congress will not pass a bill before the election that would halt sequestration cuts to the military.

President Obama and presumptive GOP nominee Mitt Romney have traded barbs over sequestration as the issue has amplified on the campaign trail in recent weeks.

While both parties say they have proposals to avert the $500 billion cut to defense spending, neither Obama nor Romney have put forward any ideas that could actually attract enough support to become law.
The result has become into a war of words between the campaigns over who’s to blame for letting sequestration become law — and who’s the roadblock now to preventing the across-the-board cuts.

Sequestration, which would cut $500 billion over 10 years to both defense and non-defense spending, was included as a punitive measure in the debt-limit deal reached last year. Both parties overwhelmingly say the cuts should not take effect and are bad policy, but there’s been little movement toward actually reaching a deal in the past year.

Part of the reason that’s unlikely to change between now and November is that both Democrats and Republicans see sequestration as a winning issue on the campaign trail. The defense cuts themselves have been wrapped into the larger debate about taxes, and each side says the other is willing to harm the military in order to get its way on the Bush tax rates.

Republicans in Congress, as well as Romney and his vice presidential pick Rep. Paul Ryan (R-Wis.) have hammered Obama for being “AWOL” on sequestration and not proposing a plan to stop the cuts.

Romney and Republicans in Congress point to their House-passed budget — authored by Ryan — as the solution to halt the sequester, as it would undo the first year of cuts to defense. In May, the GOP-led House passed a measure 218-199 to override the Pentagon cuts with spending reductions to food stamps and other social programs. The Republican bill has no chance of passing the Democratic-led Senate.

At a rally in North Carolina Thursday, Ryan said that the House “has already acted to prevent it from happening.”

“The Senate has done nothing. The president has proposed no solution to this,” he said. “I remember hauling up the president’s budget director… We asked them, ‘If you’re not going to propose a solution to this problem like we have done, what is your solution?’ We’ve heard nothing yet.”

An Obama administration official said the GOP charge that the president hasn’t proposed a solution is “completely false.”

“The president put forward specific recommendations to the supercommittee — and put forward in his budget — a balanced plan that would have over $4 trillion in deficit reduction,” the official said, referring to the president’s fiscal 2013 budget.

Obama took on sequestration directly in interviews this week with local TV stations from three key battleground states — Virginia, Ohio and Florida — which all have a military presence.

“The only thing that’s standing in the way of us solving this problem right now is the unwillingness of some members of Congress to ask people like me — people who’ve done very well, millionaires, billionaires — to pay a little bit more, in part, to preserve the freedoms that we hold dear,” Obama said in an interview Monday with The Virginian-Pilot. “There’s no reason we can’t get a deficit-reduction package that takes sequestration completely off the table.”

The tax increases in Obama’s budget would undo sequestration, and the House-passed bill would thwart defense cuts. But neither is politically palatable in a divided Congress. Republicans frequently say that the president’s budget did not receive a single vote the House or Senate, while Democrats say the House’s approach is dead on arrival in the upper chamber.

« How Chicago Kind Of Decriminalized Marijuana
Poll: Women Overwhelmingly Back Obama, Concerned About The Economy »