\\
currently reading
ILLINOIS, THE ISSUES, THE STATE OF STATES, WAR ON DRUGS

How Chicago Kind Of Decriminalized Marijuana 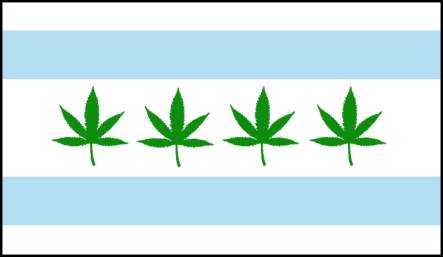 via Joe Erbentraut and Lizzie Schiffman, The Huffington Post

Though it’s still only about three-quarters of the way through, 2012 has already been a busy year for drug policy in Chicago.

Of course, the headline grabber has been the marijuana ticketing law originally tiptoed around and later trumpeted by Mayor Rahm Emanuel.

When the proposal was first introduced, last fall, by Ald. Danny Solis (25th), it earned the seal of approval from Cook County Board President Toni Preckwinkle and other prominent lawmakers but Emanuel resisted offering the sort of endorsement that would allow the idea to formally take wind. And the matter subsequently remained off the table for months to follow.

Somewhat abruptly, this June, Mayor Emanuel threw his support behind a proposal similar, though not identical, to the previous ordinance. The ordinance, allowing police the option to ticket rather than arrest those caught with 15 grams or less of marijuana, was approved almost unanimously by Chicago’s City Council about two weeks later.

Earlier this month, the new ordinance officially went to the test. Eleven tickets were issued over the Aug. 4 weekend, the first weekend the law was in effect. (Updated data on marijuana citations and arrests since that weekend were not available at press time.)

Though Chicago’s new marijuana law attracted the bulk of the buzz this year, it is only one slice of the larger story of the drug war’s impact in the area. The city is playing an increasingly large role in the global drug trade, according to the Drug Enforcement Administration. Jack Riley, special agent at the head of the DEA’s Chicago office told the Associated Press earlier this year that the Windy City “is rapidly becoming a hub for the (Mexican drug) cartels throughout the country.”