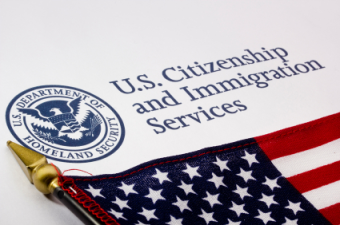 The Obama administration will kick off one of the most sweeping changes in immigration policy in decades Wednesday, allowing an estimated 1.7 million young undocumented immigrants to apply for the temporary right to live and work openly in the United States without fear of deportation.

Immigrants have waited for final details of the plan in the two months since President Obama pledged to brush aside years of congressional stalemate over the Dream Act and grant de facto residency to qualified immigrants who were brought to the country as children.

On Tuesday, officials surprised advocacy groups by posting the application forms online one day early. Advocates across the country are planning workshops Wednesday for hundreds of immigrants eager to learn who will qualify and how to apply.

Families have been scrambling to assemble school records, utility bills and other documents that may be needed, they said.

“People are very, very anxious to file, so we’ve been telling them to over-prepare,” said Emid Gonzalez, manager of legal services at Casa de Maryland. The group has scheduled an afternoon workshop Wednesday at which she expects to see family documents by the armload. “The phone has been ringing off the hook.”

The program is open to immigrants ages 15 to 31 who came to the country before they were 16 and have lived here continuously for at least the past five years. Among other restrictions, they must be free of serious criminal convictions, be enrolled in or have completed high school, or have served in the U.S. military. On Tuesday, officials confirmed that those enrolled in GED programs and certain training programs will also qualify, broadening the program’s potential reach.

U.S. Citizenship and Immigration Services also provided a list of documents it will accept as proof of continuous residency, including tax receipts, bank records, and church confirmation and other religious records.

On Antonio Aleman’s dining table in a double-wide trailer in Suitland, the pile of birth certificates and school transcripts has grown to nearly a foot tall as he prepares to sign up his two children, 15 and 21. With his wife Ruth slapping fresh tortillas in the kitchen, Aleman sorted through his daughter Beatrize’s academic bona fides, including a certificate of achievement from Surrattsville High School.

“I think they will qualify. They are good students; we’ve been working hard, paying our taxes,” said Aleman, 43, a bakery truck driver from El Salvador who came with his family nine years ago and outstayed their visa. He already bought two money orders for $465 each to cover the application fee. “It’s been difficult to wait. What else do we need? Do we have everything?”

The protected status has to be renewed every two years. And the program’s name, Deferred Action for Childhood Arrivals, may lack the aspirational heft of the “Dream Act.” But immigration advocates are treating Wednesday’s launch as a great victory.

“This is single largest opportunity we’ve had since [the amnesty program of] 1986 to bring people out of the shadows and into documented status,” said Rep. Luis V. Gutierrez (D-Ill.), who led efforts to pass the Dream Act in the House only to see it fail in the Senate in 2010. “We’ve got to take advantage of it. Our goal should be to sign them up, sign them up, sign them up.”

Activists plan to hold regular events over the next several months to draw into the program eligible immigrants, many of whom will be averse to revealing their names and addresses to federal authorities.