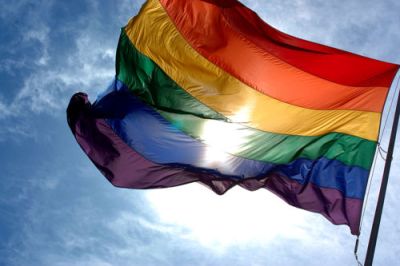 via Robert Rizzuto, The Republican

Although perhaps no statement this year was as landmark for the gay community as President Barack Obama’s endorsement of marriage equality, it isn’t just Democrats who are calling for increased rights for lesbian, gay, bisexual and transgendered people — often abbreviated as LGBT — ahead of the 2012 elections.

“Paul Singer, one of the top contributors to the Republican Party, just started a pro-gay Republican super PAC, which is a significant carrot for Republicans who wanted to speak out for equal rights, but were afraid of the impact with their evangelical donors,” Berle said.

The American Unity PAC’s sole mission is to encourage Republican candidates to support same-sex marriage without fear of financial repercussions from their donors.

Berle explained that there is a chance the super PAC could help get a Massachusetts Republican elected to the U.S. House of Representatives for the first time since 1994.

In the Bay State’s 6th Congressional District race, Richard Tisei, an openly gay Republican, is challenging Democratic U.S. Rep. John Tierney, who has been embroiled in a scandal in which his wife and brother-in-law have been convicted of crimes and served time in jail.

And although Tierney is a strong supporter of LGBT rights and has the incumbency advantage, super PAC cash could complicate things for the Democrat — especially considering that the two sides recently failed to come to an agreement to curb the influence of outside groups in the election.

Berle said that Tisei being elected would be a huge leap forward for the LGBT community because each politician who is open about their sexuality helps their heterosexual and sometimes reluctant colleagues gain understanding.

“It is absolutely critical,” Berle said of Tisei’s potential election to Congress. “I believe Sen. Scott Brown would open his ear to a friend and colleague and it may change some of his views. We were lucky to have (former U.S. Rep.) Jim Kolbe (R-Nev.) in Congress. In that position, he spoke in conference when his colleagues needed to hear the voice of a gay man. It is extremely important for Republicans to hear from one of their peers on how a potential piece of legislation might affect them.”

Berle said that if you look at how much things have changed in the past six years, the difference in GOP leadership is like night and day.

“(Former) Congressman Tom Delay would take a vote whenever possible to open a door for social conservatives to drive a wedge between the people,” Berle said. “Speaker (John) Boehner hasn’t and won’t do that. Plus polling shows a dramatic uptick in support for LGBT rights in younger sects and an uptick in support from conservatives.’

Berle said that as the next generation of the Republican Party replaces their predecessors, change is inevitable — and it’s coming in support of the LGBT community.

Carly Burton, deputy director of the pro-LGBT non-profit group MassEquality, said that one of the biggest catalysts for change is the fact that more people are open about their sexuality, which means more people know someone who is lesbian, gay, bisexual or transgendered.

“I think that at the heart of it, Americans are fair people. There is a desire to move toward justice,” Burton said. “As more people come out, it changes peoples attitudes to what they think being a LGBT person is about.”

Burton said that although legislation can make a difference, it is far from the whole solution to her group’s goals of achieving legal equality.

“I think the only way to address the issues facing the LGBT community is through a multi-pronged effort,” Burton said. “Legislation is a good way to start and continue important conversations, but not the only way to shift the population toward being more accepting. As more people have a LGBT person in their life, things change quickly.”