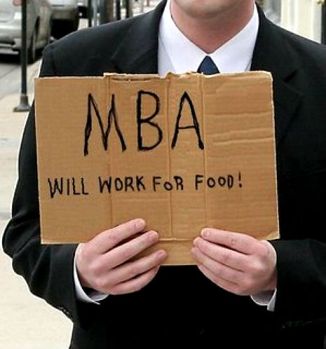 The small communities that dot the picturesque mountain landscape outside Boulder, Colorado conjure up an image from long before the great recession. Here the manicured lawns and expensive cars are a testament to the achievements of a fiercely independent and educated middle class; a 21st century version of suburban bliss. But often these days, the closed doors of well-kept houses hide a decidedly different reality: hushed conversation about food stamps and Medicaid, depleted bank accounts and 401K’s, kitchen shelves stocked with groceries from food pantries.

“It’s this dirty little secret,” said Joyce Welch, a stay-at-home mother of three whose husband, a mechanical engineer, lost his job six months ago. “Everybody is supposed to be able to buy the new car, supposed to buy the new house. And what we don’t talk about is people who struggle, and they’re struggling more and more.”  The Welch family lives in Superior, a Boulder suburb that was listed by Money Magazine as one of the “Top 20 best places to live in America” in 2011. Neighboring Louisville was ranked number one.

The evidence that times are rough for many suburban middle class families is not merely anecdotal.  For Dateline NBC’s special “America Now: Lost in Suburbia,” Boulder County’s Department of Housing and Human Services provided the number of Louisville and Superior residents that relied on public safety nets to make ends meet.  And while these affluent communities still boast some of the lowest poverty levels in Colorado, the statistics were nonetheless startling: since 2008 the combined number of families on Medicaid more than doubled, as did the number of people utilizing food assistance.  Lafayette, another well-to-do suburb in East Boulder County experienced similar increases.

And it isn’t just happening in Boulder County.  A 2011 study by the Brookings Institute revealed that for the first time in United States history there were more poor people living in the suburbs than in cities. The research, based on the most recent United States Census data, showed that a record 15.4 million suburban residents lived below the poverty line last year, up 11.5% from the year before, and  that “by 2010, suburbs were home to one-third of the nation’s poor population—outranking cities (27.5 percent), small metro areas (20.5 percent), and non-metropolitan communities (18.7 percent).”

The Brookings Institute study examined the percentage change of suburban poor populations between 2000 and 2010 in the 95 largest metro areas in the US.  It found that in 16 of them the suburban poor population more than doubled during that time. The Denver metro area which includes some Boulder suburbs saw an increase of 96.4%. And while many of the suburban poor are newly arrived immigrants or transplants from the inner cities, a significant number are formerly middle class families who have fallen victim to the most recent recession.

The need for help may transcend any published statistics. Sarah Nelson, the program director at the Sister Carmen Community Center, a non-profit organization in Lafayette, Colorado, that provides financial assistance to low-income families in East Boulder County, said that Sister Carmen’s share of clients from Louisville and Superior rose from four percent in 2010 to a whopping twenty-two percent by the end of 2011. Many of these formerly middle-class families, Nelson said, have struggled under the radar and have not accessed public assistance programs:  “Their resources are drained.  They’ve utilized all of their savings, all of their retirement funds.  Their unemployment’s run out.  They’ve gotten as much help from family and friends as they possibly can.  And we’re their last resort.”

« Surprise! Facebook Changed Your Email to @Facebook.com; Here’s How to Fix It
Politicians From Both Sides Of The Aisle Take Bold Stands On LGBT Issues Ahead Of Election »