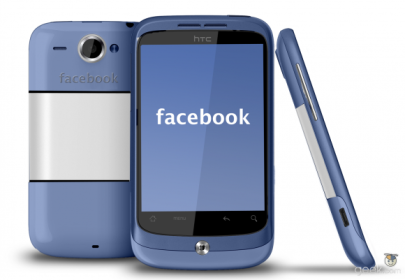 There have been a number of theories explaining Facebook’s lackluster IPO performance. Perhaps it’s the social network’s dependence on advertising or just a general sense that no company can live up to the colossal hype generated by Facebook. Personally, I see Facebook’s mobile offerings as its primary weakness.

The world is going mobile and if Facebook remains something you use at your desktop, it will quickly become irrelevant. To head off this threat, it seems like Facebook is once again starting the process of building the mythical “Facebook phone” to deliver its services to the mobile masses.

This is a really bad idea.

Facebook’s latest smartphone aspirations were reported by the New York Times. Evidently, the company is poaching some of Apple’s hardware engineers and scaling up efforts to build a phone. Presumably, the phone would come with a big ‘ol Facebook button that would instantly launch the service. Facebook would be the default messaging, imaging, sharing and perhaps even voice platform. To be sure, there is something to be said for the simplicity of a Facebook button, and yet, this strategy is doomed to fail for the following reasons:

PCMag’s lead mobile analyst, Sascha Segan, is fond of telling me that building phones is hard. Although they are mobile computers at their core, phones are mobile computers that must be self-powered with internal radios operating on multiple frequencies (3G, LTE, Wi-Fi, Bluetooth) with increasingly powerful CPUs running operating systems that are constantly being updated. Plus, they have to fit in the palm of your hand. (Although the surprising popularity of the gigantic Galaxy Note certainly challenges that claim.) Regardless, I think this much is clear: phone manufacturing is not a Facebook core competency.

Making Money on Phones is Harder

The margins on all hardware products are low, but on smartphones, they are almost nonexistent. Apple doesn’t need to make a lot of money on the hardware because it can collect a carrier subsidy and every iPhone sold is really a cash register for its iTunes store. Samsung can rely on years of manufacturing experience and global scale. Facebook doesn’t have any of those things.

U.S. Carriers Will Hate It

The market is a little different overseas, but in the U.S., carriers are going to hate the Facebook phone. They are already worried that Facebook messaging could replace texting. Even with a mandatory data plan, the Facebook phone will be a loss leader for carriers. It takes the carriers nearly a year to approve a new handset for use on their networks, and I’ll bet it will take the Facebook phone even longer. Think about how many times a Facebook app could be updated in that time.

I’m sure there is a group of die-hard Facebook users who would jump at the chance to make their Facebook account the center of their mobile communication experience, but I think they are a minority. Most users like the idea of paying for mobile service and then having the flexibility to use multiple apps and services on the device. Will the Facebook phone support Twitter? Can I use Hipstamatic or do I have to use Instagram? People will only carry one phone, and they will want it to be one that is social network agnostic.

The bottom line is Facebook’s mobile problem isn’t about hardware, it is about software. Facebook’s mobile apps kind of suck. They don’t surface the communication you want and, at least on Android, they crash a lot. Thing is, writing code is exactly what Facebook should be able to do well. Rally the developers, buy a couple of cases of Red Bull, pull a weekend hackathon to solve the problem three different ways, and start beta testing.

Solving the problem with hardware will take months of planning and lots of coordinating with a manufacturer, the FCC, and the carriers. Then, Facebook will have to figure out how to get the phones on store shelves. The company doesn’t know how to do any of that.