Campaign Finance Disclosure Decision Means Rove, Koch Brothers, And Others Could Suddenly Have To Disclose Donors 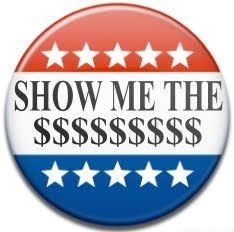 via Dan Froomkin and Paul Blumenthal, The Huffington Post

One of the most consequential campaign finance loopholes affecting the 2012 race — the one allowing big-money donors to secretly funnel millions into campaign ads — is now closed, after an appellate court ruling on Monday.

In April, a district court judge struck down a Federal Election Commission regulation that allowed donors to certain nonprofit groups — including those created by Karl Rove and the Koch brothers — to evade normal disclosure requirements.

And on Monday, a three-judge panel of the U.S. Court of Appeals for the D.C. Circuit turned down a request to stay that ruling on a 2 to 1 vote.

“This case represents the first major breakthrough in the effort to restore for the public the disclosure of contributors who are secretly providing massive amounts to influence federal elections,” said Democracy 21 President Fred Wertheimer, one of the lawyers who filed the original lawsuit that led to the April decision, in a statement.

The office of House Administration Committee ranking Democrat Robert A. Brady issued a statement Tuesday saying, “As of today, any entity creating electioneering communications will have to disclose the identity of their top donors.”

“As far as we see, the groups now have an obligation, pursuant to the district court ruling, to disclose all their donors of over $1,000,” said Tara Malloy, a lawyer with the Campaign Legal Center, a group that aims to reduce the influence of money in politics.

But whether the non-disclosing groups will suddenly change their behavior — or gamble that they can continue to skirt disclosure requirements — remains unclear. “That is the million-dollar question,” Malloy said. “Or more like the $100 million question.”

Campaign law expert Rick Hasen blogged that he expects the “stay request to now end up before the Supreme Court, where the outcome may be different.”

The FEC’s commissioners, who in normal circumstances would issue new regulations that enforce the law as interpreted by the court, are deadlocked 3-3 on virtually every important matter that comes before them.

The April ruling already prompted one group, the conservative American Future Fund, to ask for an advisory opinion on whether they could continue to keep their donors secret as long as they used “White House” or “administration” in their ads rather than “Obama.”