The Rich Get Even Richer 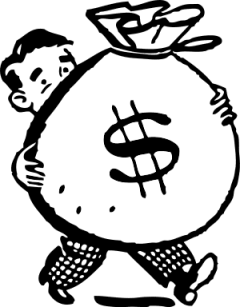 New statistics show an ever-more-startling divergence between the fortunes of the wealthy and everybody else — and the desperate need to address this wrenching problem. Even in a country that sometimes seems inured to income inequality, these takeaways are truly stunning.

In 2010, as the nation continued to recover from the recession, a dizzying 93 percent of the additional income created in the country that year, compared to 2009 — $288 billion — went to the top 1 percent of taxpayers, those with at least $352,000 in income. That delivered an average single-year pay increase of 11.6 percent to each of these households.

Still more astonishing was the extent to which the super rich got rich faster than the merely rich. In 2010, 37 percent of these additional earnings went to just the top 0.01 percent, a teaspoon-size collection of about 15,000 households with average incomes of $23.8 million. These fortunate few saw their incomes rise by 21.5 percent.

The bottom 99 percent received a microscopic $80 increase in pay per person in 2010, after adjusting for inflation. The top 1 percent, whose average income is $1,019,089, had an 11.6 percent increase in income.

This new data, derived by the French economists Thomas Piketty and Emmanuel Saez from American tax returns, also suggests that those at the top were more likely to earn than inherit their riches. That’s not completely surprising: the rapid growth of new American industries — from technology to financial services — has increased the need for highly educated and skilled workers. At the same time, old industries like manufacturing are employing fewer blue-collar workers.

Government has also played a role, particularly the George W. Bush tax cuts, which, among other things, gave the wealthy a 15 percent tax on capital gains and dividends. That’s the provision that caused Warren E. Buffett’s secretary to have a higher tax rate than he does.

As a result, the top 1 percent has done progressively better in each economic recovery of the past two decades. In the Clinton era expansion, 45 percent of the total income gains went to the top 1 percent; in the Bush recovery, the figure was 65 percent; now it is 93 percent.

Just as the causes of the growing inequality are becoming better known, so have the contours of solving the problem: better education and training, a fairer tax system, more aid programs for the disadvantaged to encourage the social mobility needed for them escape the bottom rung, and so on.

Government, of course, can’t fully address some of the challenges, like globalization, but it can help.

By the end of the year, deadlines built into several pieces of complex legislation will force a gridlocked Congress’s hand. Most significantly, all of the Bush tax cuts will expire. If Congress does not act, tax rates will return to the higher, pre-2000, Clinton-era levels. In addition, $1.2 trillion of automatic spending cuts that were set in motion by the failure of the last attempt at a deficit reduction deal will take effect.