\\
currently reading
THE ISSUES, THE STATE OF STATES, WISCONSIN, WOMEN 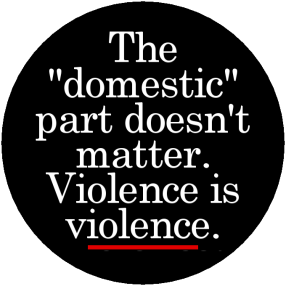 In Wisconsin — yes, the same state where lawmakers have introduced a bill penalizing single mothers for being unmarried — a Republican state representative has come out against divorce for any reason — even domestic abuse.

Instead of leaving an abusive situation, women should try to remember the things they love about their husbands, Representative Don Pridemore said. “If they can re-find those reasons and get back to why they got married in the first place it might help,” he told a local news station.

Pridemore — who, coincidentally, is a co-sponsor of Republican state Senator Glenn Grothman’s “being single causes child abuse” bill as well as a controversial voter ID bill that was ruled unconstitutional earlier this week — also said that while he thinks women are capable of caring for a family “in certain situations,” fathers are the only ones who provide structure and discipline. If they don’t grow up with married biological parents, Pridemore says, “kids tend to go astray.”

Grothman, for his part, continues to defend his controversial bill. Now, though, not only is single parenthood a factor in child abuse, women in particular are to blame for it.

“There’s been a huge change over the last 30 years, and a lot of that change has been the choice of the women,” Grothman said.