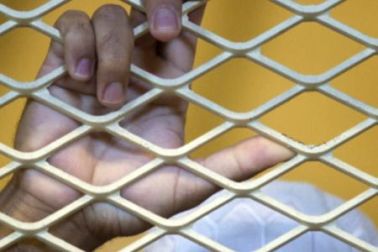 The White House released rules Tuesday evening waiving the most controversial piece of the new military detention law, and exempting U.S. citizens, as well as other broad categories of suspected terrorists.

Indefinite military detention of Americans and others was granted in the defense authorization bill President Barack Obama signed just before Christmas, sparking a storm of anger from civil libertarians on the left and right.

The new rules — which deal with Section 1022 of the law — are aimed at soothing many of their gravest concerns, an administration official said. Those concerns are led by the possibility that a law that grants the president authority to jail Americans without trial in Guantanamo Bay based on secret evidence could easily be abused.

“It is important to recognize that the scope of the new law is limited,” says a fact sheet released by the White House, focusing on that worry. “Section 1022 does not apply to U.S. citizens, and the President has decided to waive its application to lawful permanent residents arrested in the United States.”

It also addresses a concern of the White House and advocates of civil law enforcement, insisting that even if a suspect is transfered to the military, the person can be shifted back if the administration believes it is important for national security.

“An individual required to be held in military custody under Section 1022 may be returned to law enforcement custody for criminal trial,” the White House summary says. “In addition, Section 1022 does not change the FBI’s authorities to respond to terrorism threats and these procedures do not apply to any individuals held in the custody of the Department of Defense, state and local law enforcement agencies acting under their authorities, or a foreign government.”

Advocates for liberties will likely find the new rules for implementing reassuring, at least while President Obama is in office. But one of their big complaints with his signing of the law is that his policies only last so long as he is in office, and they will likely step up attempts to repeal it.

The rules also set out for the first time how they will be implemented, specifying that if local law enforcers suspect they’ve grabbed someone who would be covered under the law, they have to notify the Department of Justice. While law enforcers continue their work, the notification sets off an extensive review culminating in a decision by the attorney general, secretary of state, secretary of defense, secretary of homeland security, chairman of the Joint Chiefs of Staff, and the director of national intelligence.

“The procedures ensure that an individual will be transferred from civilian to military custody only after a thorough evaluation of all of the relevant facts, based on the considered judgment of the President’s senior national security team, and not a rigid statutory requirement that does not account for the unique facts and circumstances of each case,” the White House fact sheet says.

The categories of people exempted by the rules:

When placing a foreign country’s nationals or residents in military custody will impede counterterrorism cooperation;

When a foreign government indicates that it will not extradite or transfer suspects to the U.S. if the suspects may be placed in military custody;

When an individual is a U.S. lawful permanent resident who is arrested in this country or arrested by a federal agency on the basis of conduct taking place in this country;

When transferring an individual to military custody could interfere with efforts to secure an individual’s cooperation or confession; or

When transferring an individual to military custody could interfere with efforts to conduct joint trials with co-defendants who are ineligible for military custody or as to whom a determination has already been made to proceed with a prosecution in a federal or state court.

« Boycott Rush Limbaugh’s Sponsors!
Rush Limbaugh: I’ll Buy Georgetown Women ‘As Much Aspirin To Put Between Their Knees As They Want’ »