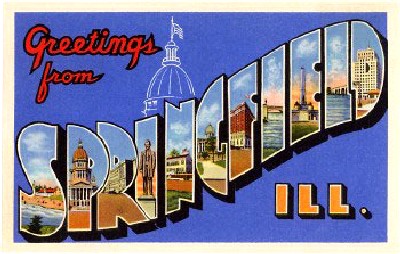 In a move shocking LGBT rights groups in Illinois, Springfield’s city government has voted not to extend health benefits to civil union spouses.

The Joint Labor/Management Health Care Committee, a Springfield committee comprised of staffers from various city positions as well as retirees, voted to keep its current eligibility standards for insurance. But despite civil union law, which extended the same legal rights as marriage to same-sex partners in June, Springfield’s benefits have not included civil union partners this year.

The committee voted against extending those benefits in its upcoming fiscal year, which begins March 1.

“It was decided strictly as a cost-saving measure to not expand the benefits at this time,” said committee co-chair Melina Tomaras-Collins who is also the city’s director of human resources. “The City of Springfield is facing serious financial constraints.”

Officials said that according to an actuary, the bill for extending such benefits would total $725,000, or an increase of 3.4 percent. The cost of insurance is already set to rise by 3.75 percent for the city.

Tomaras-Collins said that to date, no one has asked the city for benefits for a civil union partner. She said the committee took that fact into account when it voted unanimously not to extend its benefits.

City officials believe the vote is legal because Springfield has self-funded insurance, meaning money is put aside by the city in anticipation of covering benefit costs, rather than purchased commercially. The city pays the cost of 75 percent of that coverage, with employees making up the difference.

It remains uncertain how an actuary totaled the cost of civil union benefits (both same-sex and opposite sex) at $725,000, something that both Tomaras-Collins and the city’s Budget Director Bill McCarty said they need clarification on.

Asked for a copy of the actuary’s report, Tomaras-Collins said a full report has not yet been released.

Because the city is self-insured, however she said, it would have to set aside the money anticipated by the actuary, even if no one has yet requested civil union benefits.

“It’s not an issue of what’s right or wrong,” she said. “It becomes a matter of what you can do with resources you have.”

“They did not want to increase the rolls,” added McCarty, who does not sit on the committee. “They didn’t take away anything.”

Illinois LGBT advocacy groups criticized the decision as contrary to the letter and spirit of civil union law.

Christopher Clark, an attorney with Lambda Legal called the vote “an active decision to discriminate against civil union couples.”

“This is a blatant disregard of the civil union law which provides couples in a civil union the same benefits as married couples,” said Anthony Martinez, executive director of The Civil Rights Agenda in a statement. “With this vote, the committee has shown that they are willing to openly discriminate, which is also against the law in Illinois.”

Others have called into question the legality of denying benefits to civil union spouses.