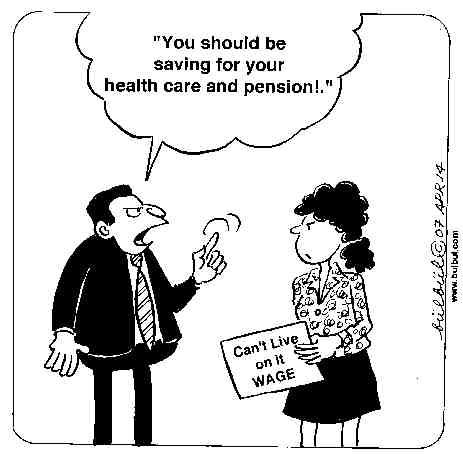 There were fewer jobs, and overall pay was trending down — except for the nation’s wealthiest. The number of people making $1 million or more soared by over 18 percent from 2009, the Social Security Administration said, citing payroll data based on W-2 forms submitted by employers to the Internal Revenue Service.

Despite population growth, the number of Americans with jobs fell again last year, with total employment of just under 150.4 million — down from 150.9 million in 2009 and 155.4 million in 2008. In all, there were 5.2 million fewer jobs than in 2007, when the deep recession began, according to the IRS data.

The figures are just one more indication of the toll that the worst downturn since the Great Depression has taken on the U.S. economy. They were published as demonstrations rage on Wall Street and in cities across the nation protesting a widening income gulf between average wage earners and the nation’s wealthiest.