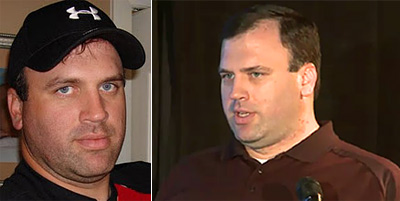 The Occupy Wall Street protests have been going on for a month. And it seems the FBI and NYPD have had help tracking protesters’ moves thanks to a conservative computer security expert who gained access to one of the group’s internal mailing lists, and then handed over information on the group’s plans to the authorities as well as corporations targeted by protesters.

Since the Occupy Wall Street protest began on September 17, New York security consultant Thomas Ryan has been waging a campaign to infiltrate and discredit the movement. Ryan says he’s done contract work for the U.S. Army and he brags on his blog that he leads “a team called Black Cell, a team of the most-highly trained and capable physical, threat and cyber security professionals in the world.” But over the past few weeks, he and his computer security buddies have been spending time covertly attending Occupy Wall Street meetings, monitoring organizers’ social media accounts, and hanging out with protesters in Lower Manhattan.

What may much more alarming to Occupy Wall Street organizers is that while Ryan was monitoring September17discuss, he was forwarding interesting email threads to contacts at the NYPD and FBI, including special agent Jordan T. Loyd, a member of the FBI’s New York-based cyber security team.