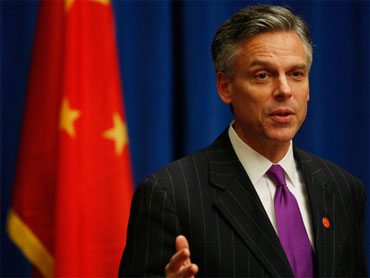 Huntsman, who most recently served as the Obama administration’s ambassador to China, has been focusing his attacks on Romney and Perry, the front-runners for the GOP presidential nomination.

Huntsman recently received a great deal of attention for saying global warming is a scientific fact, a viewpoint not shared by many Republicans. Perry has voiced skepticism that the threat of global warming is more than just theoretical. Huntsman said some members of the GOP field are in danger of indicating to the public they are out of the mainstream.

via Daniel Strauss, The Hill