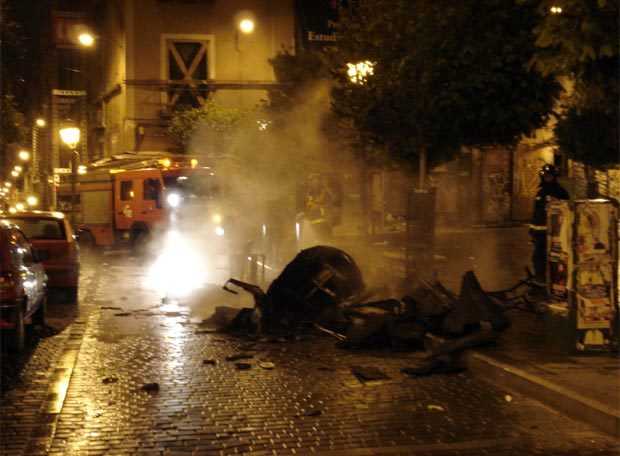 New York City Mayor Michael Bloomberg warned today that public frustration over joblessness in the U.S. is in danger of boiling over and could lead to riots in the streets if the government fails to create more jobs.

The protests in Madrid that he spoke of were sparked when the Spanish government spent millions to welcome Pope Benedict despite the country’s widespread unemployment.

Bloomberg’s comments came as President Obama continues to pressure Congress to pass his $447 billion jobs bill, urging Republicans to stop the “game-playing” and put country ahead of party.

“There is no overnight solution,” Bloomberg said. “You create these problems over long periods of time and all of a sudden they say, ‘Let’s face it today.’”

The mayor did, however, give the president credit for developing a plan to boost job growth. “I think if you look at the president’s proposals, at least he has some ideas on the table, whether you like those or not. Now everybody’s got to sit down and say, ‘We’ve actually got to do something.’”