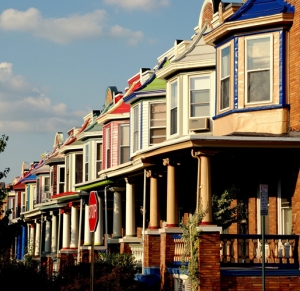 The Obama administration is seeking to broaden access to a two-year-old refinancing program that has helped far fewer homeowners take advantage of low interest rates than initially expected.

President Obama announced the effort Thursday night as part of his package of measures to spur job creation, saying it would help “responsible homeowners” by reducing their monthly mortgage payments, and bolster the economy as they spent the money on other things instead.

“I know you guys must be for this,” Mr. Obama told a joint session of Congress, “because that’s a step that can put more than $2,000 a year in a family’s pocket, and give a lift to an economy still burdened by the drop in housing prices.”

The Home Affordable Refinance Program was set up to help homeowners who cannot qualify for loans from private companies. The government-owned companies Fannie Mae and Freddie Mac agreed to offer loans at lower rates to borrowers with mortgage debts up to 125 percent of the value of their homes.

The administration had predicted that millions of homeowners would benefit, but through the end of June, the companies refinanced only 838,000 mortgages. Falling home values reduced the numbers of eligible borrowers. So did strict income requirements that excluded people even if they had never missed a mortgage payment. And large fees exceeded the potential available savings in some cases.

Administration officials said Friday that they were examining a range of issues and hoped to complete new guidelines in the next few weeks.

Economists, including the Federal Reserve chairman, Ben S. Bernanke, see the poor housing market as a crucial reason the economy is not growing faster. Business interests and consumer advocates have pressed the White House for grand plans, arguing that the economy will not fully recover as long as the housing market is depressed.

But some of the president’s key advisers worry that efforts to aid struggling homeowners will infuriate people who do not need help, and the memory remains fresh in Washington that the Tea Party movement began as an angry response to a mortgage aid program.

The modest proposal this week to expand the refinancing program emerged from months of deliberations. Just two sentences about it were included in the speech after an internal debate, and Mr. Obama was careful to say that the plan was aimed at “responsible homeowners.”

While most of Mr. Obama’s stimulus plan requires the consent of Congressional Republicans, expanding the refinancing program must instead be negotiated with the Federal Housing Finance Agency, the independent guardian of Fannie and Freddie.

The agency is charged with limiting losses at the two companies, which fall to taxpayers, and it has resisted some ideas that could increase those losses.

But Edward J. DeMarco, the agency’s acting director, said Friday in a statement that he shared the administration’s desire to expand the program because broadening eligibility might benefit both homeowners and the companies, by limiting defaults.

“The final outcome of this review remains uncertain, but F.H.F.A. believes this undertaking is worthwhile and consistent without our conservator responsibilities,” Mr. DeMarco said.

The financial implications depend on the particulars. In a recent paper, however, the Congressional Budget Office said Fannie and Freddie could refinance an additional 2.9 million loans without significantly increasing taxpayers’ liability.

The office calculated that such a program would save homeowners about $7.4 billion in the first year and help about 111,000 of those homeowners avoid default. It said the cost to the government would be about $600 million, because the loss of revenues from future interest payments on the refinanced loans would exceed the savings from reducing defaults.