President Barack Obama will address both chambers of Congress Thursday to unveil his plan to create jobs, but not everyone plans to attend.

Despite buzz that Congress might ring in a new era of bipartisanship by choosing “prom night” seating for the speech — crossing aisle to sit with members of the other party — some Republicans are threatening to boycott the speech altogether. Their reasons range from opposition to what they call a “political speech” to a desire not to miss the first football game of the NFL season.

Having a number of members skip a president’s joint address is not unprecedented, however. The last time was in January 1999, when multiple members — led by Speaker of the House Dennis Hassert — skipped President Bill Clinton’s State of the Union, feeling that is was “disrespectful” to a Congress in the middle of an impeachment process. Rep. William Clay skipped George H. W. Bush’s 1992 address because he didn’t want to deal with long commute home late at night.

In 1971, the Congressional Black Caucus boycotted one of Richard Nixon’s State of the Union addresses because they felt he was ignoring the black community’s needs. Members have missed various joint addresses by foreign dignitaries as well. 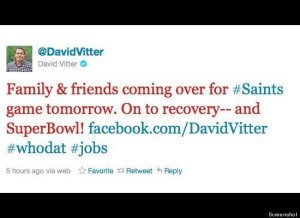 Disgraced Sen. David Vitter (R-La.) announced that he would be skipping the president’s speech to watch the New Orleans Saints’ first NFL game of the season — despite the fact that kickoff is not until 8:30 p.m. ET, while the president will begin his address at 7 p.m.

When asked by Fox News why he’s skipping the speech, Vitter said: “As a fanatic, I have my priorities.” 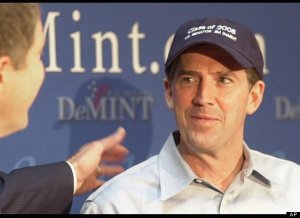 Tea Party favorite Sen. Jim DeMint (R-S.C.) won’t be at the speech. His complaint is that he was not provided a written copy ahead of time.

DeMint told ABC News “If he sent a written proposal over first, I would go hear him explain it, but frankly right now I’m so frustrated I don’t think I’m going to go.”

Freshman Republican and cable news regular Joe Walsh of Illinois was the first to declare he would be backing out of the event.

“Instead of being a prop of another one of the president’s speeches, next Thursday I will fly home to IL to talk to real job creators,” Walsh tweeted.

Walsh also accused Obama is abusing his power. “There is no reason for him to call a joint session of Congress,” Walsh said on MSNBC. “We reserve that for heads of state, for dignitaries around the world and presidents in moments in crisis, and monumental moments.” 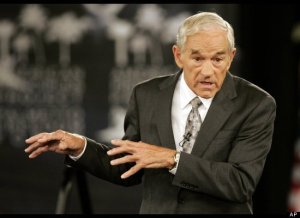 Paul is not unknown to criticize presidents of both parties, but even his son, Tea Party favorite Sen. Rand Paul (R-Ky.), is tentatively planning on attending Obama’s speech. 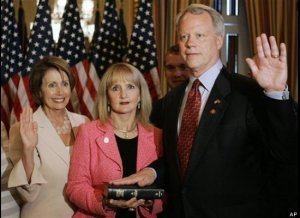 Instead of attending the president’s speech, Rep. Paul Broun (R-Ga.) is planning to host a tele-town hall event in his office across the street from the Capitol. Broun told CBS News that it’s a better use of his time to hear from constituents than sit in the House listening to the president.

Sen. David Vitter isn’t the only one who plans to put NFL football ahead of the president. WTMJ-TV, an NBC affiliate in Wisconsin said they will be airing pre-game coverage of the Green Bay Packers’ season opener instead of Obama’s speech. Coincidentally, this is the same game Vitter will be watching, as the Packers play against the New Orleans Saints.

The station will air the president’s speech on its digital channel for those who have access to it, but not the main one.

Steve Wexler, the station’s executive vice president of television & radio operations, told Talking Points Memo that there were “no political motivations whatsoever” in their decision to give football a higher priority over the country’s commander-in-chief.