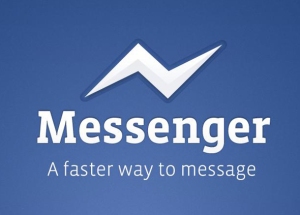 It may seem odd to talk about user growth for Facebook, which with 1 billion-plus members is already more than three times the size of the entire U.S. population. But much of what the company does boils down to just that: How to add the next billion users? And then the billion after that?

And that’s why [this week’s] announcement that Facebook is revamping its mobile messenger app is such a big deal. If it works — and that’s still a big if — Facebook may be able to reel in many of the holdouts who so far have resisted the social craze. Equally important, Facebook would be able to cultivate relationships with a massive number of people across the globe who are bypassing the personal computer entirely and accessing the online world directly through their phones.

As Sam Lessin, a director of product for Facebook, put it in an interview with CNET, “It’s a really great way to get a bunch of people.”

Facebook’s new messenger app, which is being developed first for Android phones, is initially rolling out in India, Indonesia, Australia, Argentina, Venezuela, and South Africa — regions where, in some cases, big growth is still possible for Facebook.

And here’s the key: You don’t have to be a Facebook member to use it. Think about it: You don’t even need an e-mail, which is the case for millions of people living in industrializing nations. All you need is a name and a phone number.

You also don’t need a smartphone. Facebook has been going hard after people in the world with feature phones, and this is yet another effort to pull people into the Facebook tent. About a year and half ago, Facebook launched an app called Facebook for Every Phone that, in effect, makes a cheap, dumb phone behave like a smart phone. Adoption has been fast: Facebook expects about 750 million people across Latin America, Asia, and Africa to access Facebook for Every Phone this year.

The hope, of course, is that while Facebook continues its march to connect the entire world, tens if not hundreds of millions of people will take the bait and join Facebook for real. This will simply be their way in.

Today’s move is something else as well: a direct attack on SMS, which just celebrated its 20th birthday, and a clear recognition of the power of standalone messaging apps, some of which are thriving even in a world of free messaging on Facebook and between iOS users via Apple’s iMessage.

Even in mature markets, like the U.S., there’s a shift under way where people, particularly teens and younger people, communicate via Facebook or messenger services such WhatsApp and Kik as opposed to e-mail. And a report last month by an independent analyst confirmed this trend: It found that text messaging declined in the U.S. in the third quarter.

At this point, mobile has become Facebook’s mantra. The company, like most these days, speaks about it’s mobile first approach just about everything. “We’re thinking about mobile first,” Peter Deng, Facebook’s director of communications product management, said at the LeWeb show in Paris today. “It turns our development philosophy on its head.”

Facebook has no choice, of course. The world is going mobile, and Facebook needs to adapt. Facebook’s mobile monthly users rose 61 percent from the year-earlier quarter — to 604 million — and fully 126 million of those people used Facebook only through a mobile device.

Mobile is the reason Facebook bought Instagram. And mobile is the reason that Facebook is reportedly in talks to buy WhatsApp, the dominant instant messaging service. WhatsApp’s CEO shot down reports about a possible acquisition to AllThingsD, but that doesn’t change the fact that his app is on fire and, judging by Facebook’s latest rollout, right in the middle of Facebook’s conquer-the-world mobile strategy.