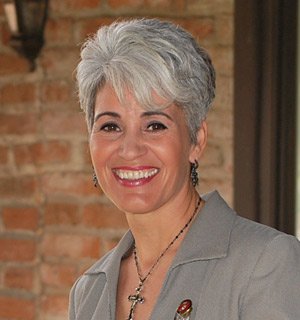 Gabriela Saucedo Mercer hasn’t even won the Republican primary for Congress in Arizona yet, but she is already facing attacks from the Democratic Congressman she is hoping to unseat in November over some incendiary comments she made in the past about Middle Eastern immigrants.

In an interview with a conservative website last year, Saucedo Mercer talked in depth about her views on immigration. A Mexican immigrant herself who became a U.S. citizen, she said the issue was important because people from places other than Mexico were among those coming across the border illegally.

“And those people, their only goal in life is to, to cause harm to the United States. So why do we want them here, either legally or illegally? When they come across the border, besides the trash that they leave behind, the drug smuggling, the killings, the beheadings. I mean, you are seeing stuff. It’s a war out there.”

Saucedo Mercer was facing fellow Republican Jaime Vasquez in Tuesday’s primary in Arizona’s 3rd congressional district, with the results due later tonight. But her supporters and opponents both clearly expect her to win.

She has been endorsed by Arizona Gov. Jan Brewer (R), who is scheduled to attend a fundraiser for Saucedo Mercer on Sept. 12 in Tucson, Ariz. She was also facing attacks from the campaign of Rep. Raul Grijalva, the Democrat she is trying to unseat.

Before the primary polls even closed, Grijalva’s campaign posted a video to YouTube highlighting Mercer’s comments. It was titled “The Real Gabriela Mercer – We Don’t Want Middle Easterners” and dated on Monday.

On Tuesday afternoon, Saucedo Mercer’s husband, Ted Mercer, who was speaking for the campaign, first denied to TPM his wife was talking about Middle Eastern immigrants. Then he eventually said she may have misspoken during the June 2011 interview.

“I can assure you that she has no blanket bias against people from the Middle East,” Ted Mercer said. “Maybe she should have said terrorist-oriented Middle Easterners.”

He also said he and his wife had information about Middle Eastern immigrants from a “source” inside the U.S. Border Patrol. Pressed more about where that information came from, he declined to say. “I would not care to reveal that source,” Mercer said, adding later: “It isn’t just one source.”

But Mercer also said it was normal to be concerned about the subject. “There has been an awful lot of terrorist activities all over the world perpetrated by people from the Middle East,” he said.