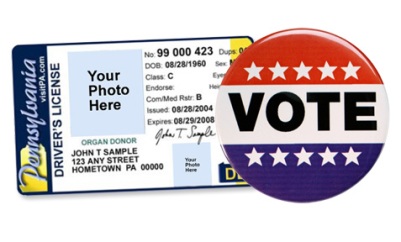 The Pennsylvania Supreme Court on Thursday agreed to expedite its handling of a legal challenge to Pennsylvania’s new voter ID law, reports The Philadelphia Inquirer.

The plaintiffs seeking to place an injunction on the law and prevent it from going into effect, including the American Civil Liberties Union, recently lost in Commonwealth Court, an appellate court in Pennsylvania that is unlike any other court in the nation in that it specifically handles “legal matters involving state and local government and regulatory agencies,” according to the Unified Judicial System of Pennsylvania’s website.

The plaintiffs had argued that the law was motivated by partisanship and would lead to disenfranchisement of the elderly and minorities because they often do not possess one of the acceptable forms of photo ID, and might often have difficulty obtaining one.

On Aug. 15, Judge Robert E. Simpson Jr. ruled in favor of the law, which was passed by the GOP-controlled Legislature without a single Democratic vote and signed into law by Gov. Tom Corbett (R). In a 70-page ruling, Simpson wrote that the plaintiffs had failed to prove that the law, which requires a valid form of photo ID such as a Pennsylvania driver’s license or an accepted alternative, meant that voter disenfranchisement was “immediate or inevitable.”

The law’s defenders have countered that the law is designed to curb voter fraud, thereby protecting the concept of “one person, one vote,” and that the law allows those who do not possess a valid form of photo ID to fill out a provisional ballot, at which point they have six days to prove their identities to their county election board. In addition, a week before Simpson handed down his ruling, the state announced that it would make a new form of voter-only ID available next week at the Pennsylvania Department of Transportation’s licensing centers.