\\
currently reading
LGBTQ, MARYLAND, THE ISSUES, THE STATE OF STATES 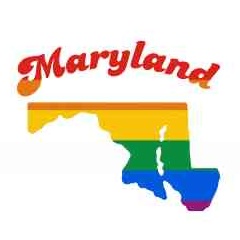 With same-sex marriage on Maryland’s November ballot, advocates on both sides of the debate are raising money, tightening up their talking points and looking for as many votes as possible.

For now, though, it looks like the pro-marriage equality forces have the advantage. The Huffington Post reports that a new poll puts support for same-sex marriage above the 50 percent mark:

The poll also found that while opinion among African Americans was evenly split—44 in favor, 45 percent opposed—it had improved since President Obama came out in favor of marriage equality. Before that, opposition was running at 49 percent and support at 40 percent.

Another poll in May put support for same-sex marriage at 57 percent, with opposition trailing behind by 20 points. Should Maryland vote to legalize same-sex marriage in November, it will be the first state to have done so.