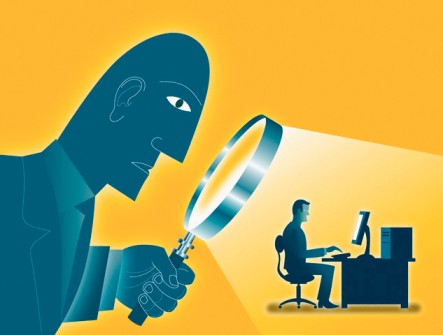 via Editorial Board, The New York Times

Cellphones, e-mail, and online social networking have come to rule daily life, but Congress has done nothing to update federal privacy laws to better protect digital communication. That inattention carries a heavy price.

Striking new data from wireless carriers collected by Representative Edward Markey, a Massachusetts Democrat, and first reported last week by Eric Lichtblau of The Times, showed surging use of cellphone surveillance over the past five years by law enforcement agencies at every level and for crimes both mundane and serious.

Wireless carriers reported responding to a whopping 1.3 million demands from law enforcement agencies for subscriber information, including location data, calling records and text messages. The number of people whose information was turned over is almost certainly much higher because a single request for a cell tower “dump” could sweep in the names of thousands of people connected to a given tower at a certain time.

As cell surveillance has ballooned, federal and local officials have come to rely less on wiretapping to eavesdrop on conversations, probably because cell tracking is less time consuming and less legally difficult to manage. In most cases, law enforcement officers do not need to hear the actual conversation; what they want to know can be discerned from a suspect’s location or travel patterns. And location data can be as revealing of a cellphone owner’s associations, activities and personal tastes as listening in on a conversation, for which a warrant is mandatory.

As a result, warrants for wiretaps, which are subject to stringent legal standards used for decades, declined by 14 percent last year, to just 2,732 nationwide. The legal standards applied to cell tracking and other forms of digital monitoring are more lax and inconsistently applied, with many law enforcement agencies claiming a right to such data without having to show a compelling need or getting detailed vetting by a court.

Clearly, federal laws need to be revamped and brought into line with newer forms of surveillance. A good place to begin is the Electronic Communications Privacy Act, the main federal statute governing access to electronic information. The act has not had a significant overhaul since its passage in 1986.

Senator Patrick Leahy, the Judiciary Committee chairman and lead author of the 1986 law, introduced a promising bill last year that would amend it in important, sensible ways. It would require a probable cause warrant for access to e-mails and other electronic communications no matter how long they were saved or where they were saved, whether in a personal computer or an online storage system. Under current law, there is no warrant requirement after an e-mail has been stored for 180 days.