Bring Back The Draft? 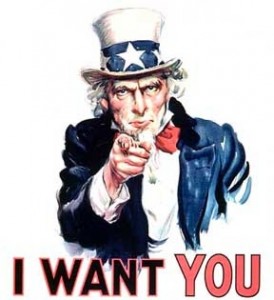 In late June, Gen. Stanley A. McChrystal, the former commander of international forces in Afghanistan, called for reinstating the draft. “I think if a nation goes to war, every town, every city needs to be at risk,” he said at the Aspen Ideas Festival. “You make that decision and everybody has skin in the game.”

This was the first time in recent years that a high-profile officer has broken ranks to argue that the all-volunteer force is not necessarily good for the country or the military. Unlike Europeans, Americans still seem determined to maintain a serious military force, so we need to think about how to pay for it and staff it by creating a draft that is better and more equitable than the Vietnam-era conscription system.

A revived draft, including both males and females, should include three options for new conscripts coming out of high school. Some could choose 18 months of military service with low pay but excellent post-service benefits, including free college tuition. These conscripts would not be deployed but could perform tasks currently outsourced at great cost to the Pentagon: paperwork, painting barracks, mowing lawns, driving generals around, and generally doing lower-skills tasks so professional soldiers don’t have to. If they want to stay, they could move into the professional force and receive weapons training, higher pay and better benefits.

Those who don’t want to serve in the army could perform civilian national service for a slightly longer period and equally low pay — teaching in low-income areas, cleaning parks, rebuilding crumbling infrastructure, or aiding the elderly. After two years, they would receive similar benefits like tuition aid.

And libertarians who object to a draft could opt out. Those who declined to help Uncle Sam would in return pledge to ask nothing from him — no Medicare, no subsidized college loans and no mortgage guarantees. Those who want minimal government can have it.

Critics will argue that this is a political non-starter. It may be now. But America has already witnessed far less benign forms of conscription. A new draft that maintains the size and the quality of the current all-volunteer force, saves the government money through civilian national service and frees professional soldiers from performing menial tasks would appeal to many constituencies.

Others argue that the numbers don’t add up. With an average cohort of about four million 18-year-olds annually, they say, there is simply no place to put all these people. But the government could use this cheap labor in new ways, doing jobs that governments do in other countries but which have been deemed too expensive in this one, like providing universal free day care or delivering meals to elderly shut-ins. And if too many people applied for the 18-month military program, then a lottery system could be devised — the opposite of the 1970s-era system where being selected was hardly desirable. The rest could perform nonmilitary national service.

A final objection is the price tag; this program would cost billions of dollars. But it also would save billions, especially if implemented broadly and imaginatively. One reason our relatively small military is hugely expensive is that all of today’s volunteer soldiers are paid well; they often have spouses and children who require housing and medical care.

Unmarried conscripts don’t need such a safety net. And much of the labor currently contracted out to the private sector could be performed by 18-year-olds for much less. And we could raise the retirement age for the professional force from 20 to 30 years of service. There is no reason to kick healthy 40-year-olds out of the military and then give them full retirement pay for 40 years. These reforms would greatly reduce both recruiting and pension costs.

Similarly, some of the civilian service programs would help save the government money: Taking food to an elderly shut-in might keep that person from having to move into a nursing home. It would be fairly cheap to house conscript soldiers on closed military bases. Housing civilian service members would be more expensive, but imaginative use of existing assets could save money. For example, V.A. hospitals might have space.

The pool of cheap labor available to the federal government would broadly lower its current personnel costs and its pension obligations — especially if the law told federal managers to use the civilian service as much as possible, and wherever plausible. The government could also make this cheap labor available to states and cities. Imagine how many local parks could be cleaned and how much could be saved if a few hundred New York City school custodians were 19, energetic and making $15,000 plus room and board, instead of 50, tired and making $106,329, the top base salary for the city’s public school custodians, before overtime.

The savings actually might be a way of bringing around the unions representing federal, state and municipal workers, because they understand that there is a huge budget crunch that is going to hit the federal government in a few years. Setting up a new non-career tier of cheap, young labor might be a way of preserving existing jobs for older, more skilled, less mobile union workers.

But most of all, having a draft might, as General McChrystal said, make Americans think more carefully before going to war. Imagine the savings — in blood, tears and national treasure — if we had thought twice about whether we really wanted to invade Iraq.

« Happiness Is A Choice
Mitt Romney Claims He ‘Retired Retroactively’ From Bain Capital, Whatever That Means »

One thought on “Bring Back The Draft?”