\\
currently reading
ILLINOIS, THE ISSUES, THE STATE OF STATES, WAR ON DRUGS 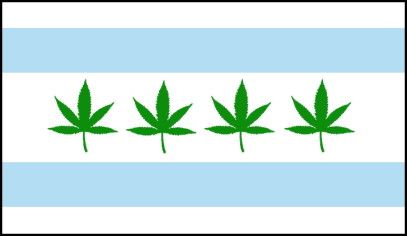 The Chicago City Council has approved a measure that would allow police officers to ticket instead of arrest people found with small amounts of marijuana.

Aldermen voted 43-3 in favor of the ordinance Wednesday. Under the ordinance, anyone in possession of 15 grams of marijuana — roughly the equivalent of 15 marijuana cigarettes — faces a fine between $100 and $500. Both Chicago Mayor Rahm Emanuel and Chicago Police Superintendent Garry McCarthy support the ordinance.

Several aldermen say the new law will make more police available for street patrols rather than processing people for minor offenses. But some members of the council expressed concern the ordinance would send young people the wrong message about drug use.

Alderman Danny Solis, who sponsored the measure, estimates $7 million a year in revenue.