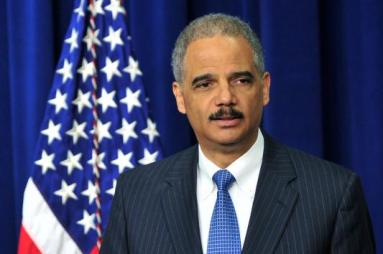 Barring a last-minute deal on documents, leaders of the Republican-run House expect to vote this afternoon on a contempt of Congress citation for Attorney General Eric Holder.

Democrats and the White House call it all politics, while House members criticize Holder for declining to release documents related to the botched gun-trafficking investigation known as Operation Fast and Furious.

“We’d really rather have the attorney general and the president work with us to get to the bottom of a very serious issue,” said House Speaker John Boehner, R-Ohio. “Unfortunately, they’re not willing to show the American people the truth about what happened. It’s an unfortunate place where we are.”

House Minority Leader Nancy Pelosi, D-Calif., told the Reuters Washington Summit that the contempt voter is “one of the most irresponsible” acts she has seen in Congress.

Pelosi said the Republicans are trying to intimidate Holder and the Justice Department over some of its actions, including lawsuits against states that have passed voter ID laws.

“The whole reason that they want him to resign is because he’s looking into voter suppression,” Pelosi said. “It’s all connected. The Supreme Court (health care) decision, suffocate the system with money, suppress the vote, poison the debate.”

Holder would be the first sitting attorney general to be held in contempt of Congress.