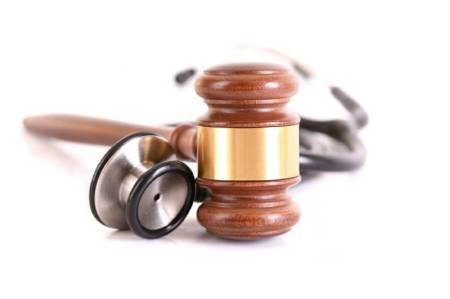 The Supreme Court is ruling next week on the Obama health law. Of the many possible scenarios, here are the most likely four, shown in order of how much of the law would be struck down:

Scenario #1: The entire law is upheld.

After all is said and done, the high court may conclude—as the majority of lower courts did—that Congress was acting within its powers under the Constitution when it required most Americans to carry health insurance or pay a penalty. That provision was at the center of the two-year legal battle, and if it survives, the rest of the law is likely to stay as well.

Such a ruling would be a victory for Democrats and President Barack Obama, who had passed the biggest reworking to the health system since the creation of Medicare in the 1960s and faced the prospect of the court nullifying their effort. It would also avert disruption for hospitals, doctors and employers who have spent more than two years preparing for changes in the law.

Even in this case, however, the law would face an uncertain future. Republican presidential candidate Mitt Romney and GOP congressional leaders have pledged to repeal the law if they take control of Congress and the White House in November elections. And while Democrats would undoubtedly feel relief, a favorable ruling for the law could further energize voters who dislike it to support Republicans.

Scenario #2: The insurance mandate is struck down, but the entire rest of law stays.

This was the ruling of a federal appeals court in Atlanta last year, and the Supreme Court may choose to uphold it. In this scenario, the high court would conclude that Congress exceeded its powers with the requirement to carry insurance or pay a penalty. But it would judge that provision separable from the rest of the law.

This would be the worst-case scenario for insurance companies and set off a scramble for the Obama administration and supporters of the law to prove that it could still work. Unless Congress took further action, insurers would be required accept all customers starting in 2014–even those who are already sick–without imposing surcharges for pre-existing medical conditions. At the same time, the court’s ruling would mean people wouldn’t be required to carry health coverage. Insurers say that would lead to chaos in the market as people waited until they were sick to sign up for policies.

Politically, a ruling under this scenario would vindicate critics who called the Patient Protection and Affordable Care Act’s insurance mandate an unprecedented overreach of federal power. Mr. Obama would face an election in a little more than four months with the nation knowing that a core part of the law he signed in March 2010 was found to violate the Constitution.

Republicans would push ahead with plans to repeal the remainder of the law. Some Democratic supporters have argued that ways could be found to substitute for the mandate, perhaps through federal rule-making or state action. And Mr. Obama would be able to campaign on the law’s surviving consumer-friendly provisions.

Scenario #3: The mandate and two related provisions are struck down but the rest of the law stays.

At Supreme Court arguments in March, the Obama administration, fearing the market chaos in scenario #2, argued that the insurance mandate was inextricably linked to two other provisions. Those provisions require insurers to accept all customers and restrict the insurers from charging more based on a person’s medical history. The administration said if the mandate were struck down, the other two provisions should go too.

If the court adopts that position, it would mean that the principal aim of the law—expanding coverage to tens of millions of Americans—would be unlikely to be achieved. Republicans would feel vindicated and push to repeal the rest of the law.

While not as disruptive as scenario #2 for health insurers, this scenario would still create broad uncertainty in the health business. Many parts of the law would remain, including those setting up new marketplaces in 2014 where consumers can shop for policies and get subsidies for coverage. Companies with 50 or more workers would have to start offering a set level of health benefits in 2014 or pay a fine.

Supporters of the law have said those provisions could still function, but questions would be sure to arise whether the marketplaces were workable without the core of the law.

Scenario #4: The entire law is struck down.

If the high court concludes that the insurance mandate is unconstitutional, it may agree with challengers that the only path is to invalidate the entire law.

Such a ruling would unravel all the work by the health industry and local governments preparing for the law. It would be a painful blow to Mr. Obama and Democrats who spent so much time and political capital on their health-care overhaul. Yet it would also put pressure on Republicans. They could no longer talk about repealing what they term ObamaCare but would have to figure out what, if anything, to bring before Congress to replace it.