Wisconsin’s Lessons For The Left And The Right 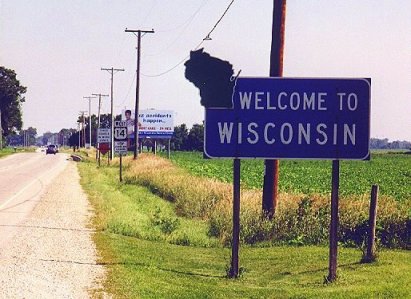 The left will make a big mistake if it ignores the lessons of the failed recall in Wisconsin of Gov. Scott Walker (R). The right will make an even bigger error if it allows the Wisconsin results to feed its inclination toward winner-take-all politics.

The danger on the right is greater because winning an epic fight is a heady experience and conservatives can claim a real victory here. Walker didn’t just win. He won decisively. And it turns out that a majority of Wisconsin voters — including many who voted against Walker — simply didn’t like the idea of a recall.

Gov. Scott Walker survives Wisconsin recall after more than a year of political turmoil: After a brief but bruising campaign that followed a fight over union rights and Wisconsin’s cash-strapped budget, voters in the narrowly divided state cast their ballots Tuesday to retain Gov. Scott Walker.

Perhaps the most significant exit poll finding was this one: Only about a quarter of those who went to the polls Tuesday said that a recall was appropriate for any reason. Roughly six in 10 said a recall should be used only in the case of official misconduct. And another tenth thought a recall was never appropriate. Most voters, in other words, rejected the very premise of the election in which they were casting ballots. This proved to be a hurdle too high for Milwaukee Mayor Tom Barrett (D), Walker’s opponent.

It’s worth comparing what happened in Wisconsin with what happened last year in Ohio, where unions forced a referendum on the anti-labor legislation pushed through by Gov. John Kasich (R) and the Republican-controlled legislature. The unions and the Democrats won 61 percent in that vote, repealing the law. But this remedy was not available in Wisconsin. The recall, it turns out, was an imperfect instrument.

Yet the mechanism may still have allowed the Democrats to take over the Wisconsin Senate. If former state senator John Lehman (D) holds on to his lead of less than 1,000 votes, the Democrats will strengthen their position for this fall’s election and enhance their ability to block future anti-labor legislation. A Lehman victory, combined with last summer’s recall results, would mean three Republican state senators were forced out because of their anti-union votes. In its way, this would be a just outcome: Voters used state Senate races to signal their dissatisfaction with Walker’s overreach and thus put the retained governor on notice.

« Wisconsin Heads To Polls In Recall Election
Digital Afterlife: What Happens To Your Online Accounts When You Die? »