Has The Internet Run Out Of Ideas Already? 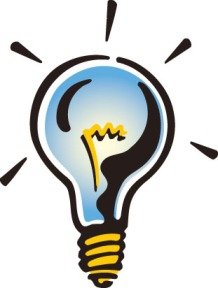 via John Naughton, The Guardian: The Observer

Earlier this year, American legal scholar Tim Wu published a sobering book: The Master Switch: The Rise and Fall of Information Empires. In it, he surveyed the history of the great communications technologies of the 20th century – the telephone, movies, broadcast radio and TV. And in the story of each of these technologies, Wu discerned a pattern – “a typical progression of information technologies: from somebody’s hobby to somebody’s industry; from jury-rigged contraption to slick production marvel; from a freely accessible channel to one strictly controlled by a single corporation or cartel – from open to closed system. It is a progression so common as to seem inevitable, though it would hardly have seemed so at the dawn of any of the past century’s transformative technologies, whether telephony, radio, television or film.”

Each of these technologies, Wu argued, started out as gloriously creative, anarchic and uncontrolled. But in the end each was “captured” by corporate power, usually aided and abetted by the state. And the process in each case was the same: a charismatic entrepreneur arrived with a better consumer proposition – for example, a unified system and the guarantee of a dial tone in telephony; or a steady flow of good-quality movies created by a vertically integrated studio system in the case of movies – that enabled a corporation or a cartel to attain control of the industry. The big question, Wu asked, is whether this will happen to the net.

It’s a good question. The internet was another one of those gloriously creative, anarchic technologies that spawned utopian dreams. Its internal architecture – its technical DNA, if you like – enabled an explosion of what Barbara van Schewick called “permissionless innovation”: all you needed to prosper was ingenuity, software skills and imagination. So what the network’s designers created was, in effect, a global machine for springing surprises.

For the last two decades, we’ve been gratified, bamboozled, astonished and sometimes alarmed by the surprises it has sprung. The first-order ones were innovations such as the world wide web, file-sharing, VoIP (internet telephony) and malicious software. In turn, these first-order surprises generated other, second-order ones. The web, for example, served as the foundation for search engines, Flickr, blogging, YouTube, Wikipedia and, latterly, smartphones and Facebook.

We’re now at the stage where we should be getting the next wave of disruptive surprises. But – guess what? – they’re nowhere to be seen. Instead, we’re getting an endless stream of incremental changes and me-tooism. If I see one more proposal for a photo-sharing or location-based web service, anything with “app” in it, or anything that invites me to “rate” something, I’ll scream.

We’re stuck. We’re clean out of ideas. And if you want evidence of that, just look at the nauseating epidemic of patent wars that now disfigures the entire world of information technology. The first thing a start-up has to do now is to hire a patent attorney. I had a fascinating conversation recently with someone who’s good at getting the pin-ups of the industry – the bosses of Google, Facebook, Amazon et al – into one room. He recounted how at a recent such gathering, he suddenly realised that everyone present was currently suing or being sued for patent infringement by one or more of the others.

How have we got ourselves into this mess? How long have you got? But here are a few of the obvious culprits. One is our obsolete intellectual property regime, which, instead of encouraging innovation, is nowadays mainly used to discourage it. Another is our failure to build the kind of networking infrastructure that could form the basis for really disruptive applications of IT.