Kansas Legislature Passes One Bill, Considers Others To Limit Abortions 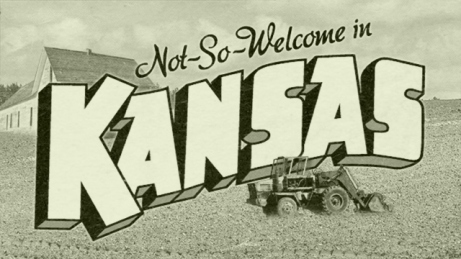 Kansas lawmakers are gearing up for a possible fight over an abortion bill Friday, two days after the state Senate passed a bill allowing health-care professionals to withhold drugs and treatment that could cause an abortion.

The GOP-controlled state Senate passed a bill Wednesday that allows doctors and pharmacists to refuse patients medication that could cause an abortion, if they have a religious objection. The measure, which now goes to Gov. Sam Brownback (R) for his consideration, is one of several anti-abortion bills pending in the Kansas legislature; the state’s sweeping 69-page anti-abortion bill is expected to come up for a vote Friday in the GOP-controlled House of Representatives.

Bollier, a retired physician and pro-choice Republican, said Topeka has been rife with rumors that Republican leaders intend to bring the legislation to the floor Friday for a vote. She said it could be a smaller bill or portions of the larger bill, though. House Speaker Mike O’Neal (R-Hutchison) could not be reached for comment Friday.

The anti-abortion bill includes several provisions aimed at limiting abortions in the state. These include allowing doctors to withhold medical information from women if it might cause them to have an abortion and protecting medical professionals from facing malpractice claims in the event of health complications for the mother or child. A wrongful death suit could be filed in the event of a woman’s death.

Other provisions include mandating that doctors tell women that abortion causes breast cancer, and allowing them to tell patients that life begins at conception. Under the measure, state employees would be prohibited from performing abortions during the workday; a sales tax would be charged on abortions and the state would issue written brochures to women with a list of legislature-approved health complications of abortion.

“There are so many pieces to this bill, I don’t know where to begin,” Bollier said. “One of my greatest concerns is personhood.”

Bollier, a rare Republican opponent of the measure, said she is prepared to fight the bill on the House floor or offer several amendments to water it down. She said among these are amendments requiring that the state abortion brochures are balanced with information about the health effects of pregnancy.

Opponents of the bill, led by Rep. Sean Gatewood (D-Topeka), have been meeting for weeks to discuss floor strategy. Brownback has indicated that he’ll sign the law, telling HuffPost in February he is not backing away from a 2010 campaign pledge to sign all anti-abortion legislation that reached his desk. Brownback said at the time that he had not read the 69-page bill.