California Residents To Vote On Death Penalty Ban This November 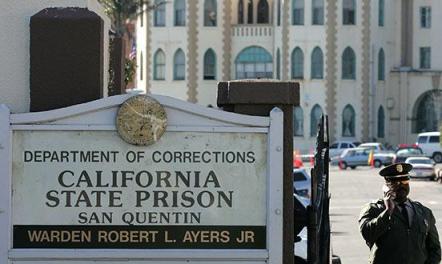 A measure to abolish California’s death penalty qualified for the November ballot on Monday.

If it passes, the 725 California inmates now on Death Row will have their sentences converted to life in prison without the possibility of parole. It would also make life without parole the harshest penalty prosecutors can seek.

Backers of the measure say abolishing the death penalty will save the state millions of dollars through layoffs of prosecutors and defense attorneys who handle death penalty cases, as well as savings from not having to maintain the nation’s largest death row at San Quentin prison.

Those savings, supporters argue, can be used to help unsolved crimes. If the measure passes, $100 million in purported savings from abolishing the death penalty would be used over three years to investigate unsolved murders and rapes.

The measure is dubbed the “Savings, Accountability, and Full Enforcement for California Act,” also known as the SAFE California Act. It’s the fifth measure to qualify for the November ballot, the California secretary of state announced Monday. Supporters collected more than the 504,760 valid signatures needed to place the measure on the ballot.

“Our system is broken, expensive and it always will carry the grave risk of a mistake,” said Jeanne Woodford, the former warden of San Quentin who is now an anti-death penalty advocate and an official supporter of the measure.

The measure will also require most inmates sentenced to life without parole to find jobs within prisons. Most death row inmates do not hold prison jobs for security reasons.

Though California is one of 35 states that authorize the death penalty, the state hasn’t put anyone to death since 2006. A federal judge that year halted executions until prison officials built a new death chamber at San Quentin Prison, developed new lethal injection protocols and made other improvements to delivering the lethal three-drug combination.

A separate state lawsuit is challenging the way the California Department of Corrections and Rehabilitation developed the new protocols. A judge in Marin County earlier this year ordered the CDCR to redraft its lethal injection protocols, further delaying executions.

Since California reinstated the death penalty in 1978, the state has executed 13 inmates. A 2009 study conducted by a senior federal judge and law school professor concluded that the state was spending about $184 million a year to maintain Death Row and the death penalty system.

Supporters of the proposition, such as the American Civil Liberties Union, are portraying it as a cost-savings measure in a time of political austerity. They count several prominent conservatives and prosecutors – including the author of the 1978 measure adopting the death penalty – as supporters and argue that too few executions have been carried out at too great a cost.

“My conclusion is that he law is totally ineffective,” said Gil Garcetti, a former Los Angeles county district attorney. “Most inmates are going to die of natural causes, not executions.”

Garcetti, who served as district attorney from 1992 to 2000, said he changed his mind after publication of the 2009 study, which was published by Judge Arthur Alarcon of the 9th U.S. Circuit Court of Appeals and law professor Paula Mitchell.

Opponents of the measure, such as former Sacramento U.S Attorney McGregor Scott, argue that lawyers filing “frivolous appeals” are the problem, not the death penalty law.

“On behalf of crime victims and their loved ones who have suffered at the hands of California’s most violent criminals, we are disappointed that the ACLU and their allies would seek to score political points in their continued efforts to override the will of the people and repeal the death penalty,” said Scott, who is chairman of the Californians for Justice and Public Safety, a coalition of law enforcement officials, crime victims and others formed to oppose the measure.

« How To Beat Citizens United
Naturalization Push Ahead Of November Election »