Illinois Not Ready To Say ‘I do’ To Same-Sex Marriage 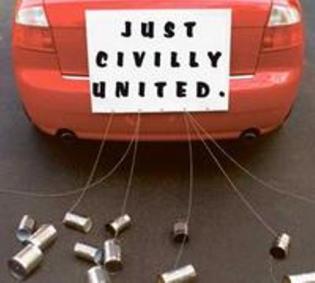 Despite a push by gay lawmakers, the effort to legalize gay marriage in Illinois is unlikely to get off the ground this year, the chief sponsor of a marriage proposal said.

State Rep. Greg Harris (D–Chicago) told the Chicago Sun-Times that reeling in Medicaid and pensions programs as well as approving an overall budget would take precedence during the homestretch of the General Assembly’s spring session.

“I never say never,” Harris quipped. “[But] I don’t think there will be a push before the end of this session.”

His bill, HB 5170, would delete a provision outlawing marriage between individuals of the same sex.

It was first introduced on Feb. 8 and, perhaps unsurprisingly during an election year in which fiscal issues have been front-and-center, remains pent up in the House Rules Committee.

But Harris, one of the three openly gay lawmakers in the House who filed the legislation, said introducing the bill fosters dialogue between lawmakers and their constituents and gives interested parties a chance to evaluate their positions.

“This is how we passed the civil unions bill,” he said.

The state began giving civil union licenses in 2011, which provide same-sex couples many protections of married couples but aren’t recognized in some other states.

Maryland and Washington state also just legalized gay marriage this year, but those measures have not taken effect and could be struck down by referenda.

Recent poll numbers in Illinois outline the political difficulty of moving from civil unions to marriage in the Land of Lincoln.

The last statewide poll on the topic conducted by the Paul Simon Public Policy Institute at Southern Illinois University was during the fall of 2010, when a third of registered voters said they supported gay marriage. Back then, the civil unions measure passed with only one vote to spare in the Illinois House.

In another poll this spring, 22 percent of registered voters in the state’s most conservative region — the southernmost 18 counties — said they supported legalization.

“You’d have a hard time moving the ball down here I think, in terms of civil unions to full-blown gay marriage,” said Charlie Leonard, a visiting professor at the institute who coordinates polling.

On the national level, Gallup polling showed for the first time last year that a majority of Americans believed gay marriage should be recognized by the law.