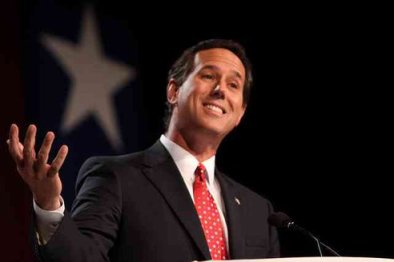 In a surprise decision Tuesday, former Sen. Rick Santorum (R-Penn.) will announce that he is suspending his presidential campaign, The Huffington Post’s Jon Ward has learned and several other outlets have reported.

The Pennsylvania Republican had taken a break from the campaign trail for several days to tend to his ailing daughter, Bella. He had pledged to continue campaigning through the upcoming Pennsylvania primary. But the combination of his daughter’s sickness and recent poll numbers showing him possibly losing his home state apparently prompted the early departure.

The announcement is expected to come during an address in Gettysburg, Penn. According to Yahoo! News, Santorum called Mitt Romney earlier in the day to inform him of his decision to suspend his campaign.

Santorum’s decision removes any lingering doubt that Romney will end up the Republican presidential nominee. The former Massachusetts Governor held a seemingly insurmountable delegate lead prior to Santorum’s departure, though his campaign was planning on spending between one and two million dollars against Santorum in Pennsylvania.