Rahm Emanuel: Tammy Duckworth Is My Pick In Dem Primary 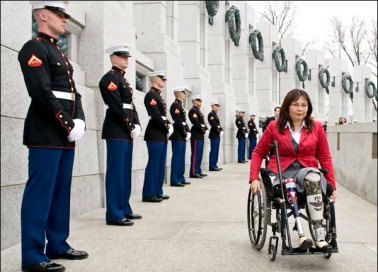 In 2006, when Emanuel spearheaded the Democrats’ effort to elect members of Congress, Duckworth’s was the race he probably worked hardest on, though she lost to Republican Peter Roskam.

This time in a new district that includes much of that old district, Duckworth, an Iraqi War vet, faces former Deputy Illinois Treasurer Raja Krishnamoorthi in the March 20 Democratic primary election.

“Tammy’s no stranger to fighting for her beliefs, no matter the risk,” Emanuel said in a news release. “She understands better than most the economic struggles people are facing right now. That’s why I’m supporting her — we need more members of Congress ready to solve problems and move our country forward.”