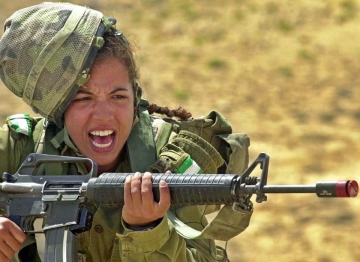 The Defense Department is notifying Congress Thursday it will open up nearly 14,000 jobs to military women that will place them even closer to the front lines of combat.

A senior Pentagon official confirmed details to CNN, but declined to be identified until a formal announcement comes later on Thursday.

Under a 1994 policy, women are restricted from formally serving in small ground units directly involved in combat. The reality of the last ten years of war however has been that many women serve in support positions–such as military police or medics–which place them in harms way. They are not formally assigned to combat units, but rather informally “attached” which means they do not get the crucial credit for combat duty that is needed for promotions to higher grades.

Some of the jobs that will now be open to women include specialties such as tank or artillery mechanic, crew members on missile launcher, and field surgeons in forward deployed brigade combat teams.

However, women will still not be permitted in front line jobs directly involved in combat such as infantry units or counterterrorism sniper teams.

Over the last several years, advocates as well as some senior US military commanders have increasingly called for more ground combat jobs to be open to women.