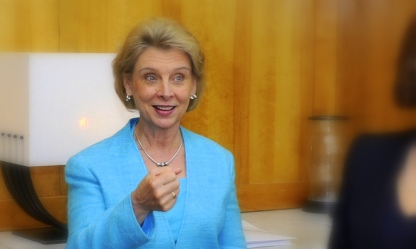 via Nick Visser, The Advocate

Washington Gov. Chris Gregoire said she wishes she had supported gay marriage years ago in a new interview with XM Satellite Radio’s Michelangelo Signorile. She also criticized New Jersey Gov. Chris Christie’s recent assertion that marriage equality be put on the ballot, rather than have state legislators decide the issue.

“I wished I could have come to the point that I am today six years ago, seven years ago, five years ago,” Gregoire said. “But it took me a journey, and for that, I’m sorry that it took me as long as it did.”

The governor said she hopes President Obama will announce his support for marriage equality soon, but said she respects his “personal journey.”

In the interview, Gregoire said she’s received overwhelming support, but the story that stood out the most was of a gay teen who had contemplated suicide prior to her announcement in support of marriage equality.