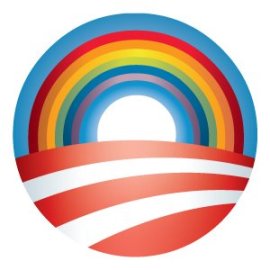 The Obama administration will weigh how countries treat gays and lesbians in making decisions about foreign aid, according to a presidential memorandum released by the White House.

Laws prohibit same-sex sexual activity in many nations in the Middle East and Africa, and in two of the largest recipients of U.S. aid, Pakistan and Afghanistan. Homosexuality is punishable by death in Iran, Saudi Arabia and the United Arab Emirates and in some parts of Nigeria and Somalia.

“Gay rights are human rights,” Secretary of State Hillary Clinton said in Geneva, presenting the policy in a speech to the UN Human Rights Council.

President Barack Obama said in the document he is directing all agencies engaged abroad to make sure U.S. diplomacy and aid programs “promote and protect” the rights of gays and lesbians.

“The struggle to end discrimination against lesbian, gay, bisexual, and transgender (LGBT) persons is a global challenge, and one that is central to the United States commitment to promoting human rights,” Obama said in the memorandum.

“We are not talking about cutting aid or tying aid, but we are talking about using all of our tools, including assistance, to translate our principles into action,” Caitlin Hayden, a spokeswoman for the National Security Council, said.

U.S. foreign aid programs will increase government and civil society engagement to promote gay rights, the memorandum says. The State Department will lead an interagency group tracking U.S. responses to “serious incidents that threaten the human rights of LGBT persons abroad.” Agencies are to report on their progress in six months, and then on an annual basis.

Joe Solmonese, president of the gay rights advocacy group Human Rights Campaign in Washington, said in a statement that the presidential memorandum is important as the first U.S. government strategy dealing with rights related to the sexual orientation of people in other countries.

“Today’s actions by President Obama make clear that the United States will not turn a blind eye when governments commit or allow abuses to the human rights of LGBT people,” he said.

« Facebook Timeline Is Here: Are You In?
Rick Perry’s Anti-Gay Iowa Ad Divides His Top Staff »