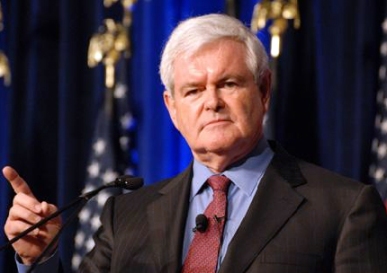 via Justin Sink, The Hill

While Newt Gingrich’s popularity is surging in the Republican field, a series of reports Wednesday questioning his campaign’s financial stability and organizational aptitude are raising serious doubts about the former Speaker’s ability to capitalize on his newfound popularity.

The Washington Times is reporting that it is possible that Gingrich will not have enough signatures by the filing deadline Wednesday to ensure that he appears on Ohio’s primary ballot, meaning that Gingrich could have to wage a write-in campaign for a portion of Ohio’s 66 presidential delegates.

This is after Gingrich missed the deadline for appearing on Missouri’s ballot — a less embarrassing oversight, since Missouri delegates to the Republican convention are assigned through a caucus, rather than the primary vote.

At the time Hammond dismissed concerns about missing the filing deadline, arguing the move was intentional.

“We deal in elections that actually deal in delegates,” he said. Gingrich has called the Missouri primary a “beauty contest.”

But even more troubling for the campaign may be Gingrich’s financial circumstances.

Gingrich owed nearly $1.2 million at the end of September, and the candidate is just now addressing that debt according to the Washington Post.

The Post cited “extravagant spending on $30,000 jet flights and upscale hotels” for Gingrich’s “unusually high” debt load — spending almost $3 for every $2 he raised, and digging a deep financial hole. Now that the Gingrich campaign is heating up and conservative donors are rallying around him, his team has been forced to spend money on digging out of its existing financial hole, rather than on new staff and organizational infrastructure.

Those numbers become even more troubling relative to Mitt Romney, who has raised tens of millions thus far in the campaign, and been relatively conservative with his spending. Romney carried no debt and $14 million in the bank at the end of the third quarter, according to FEC filings.

« Starbucks In Chicago To Get Alcohol
Facebook Timeline Is Here: Are You In? »