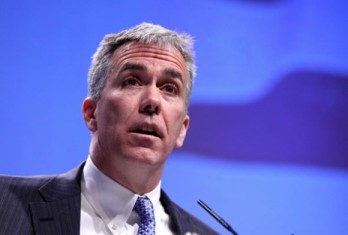 Rep. Joe Walsh may switch races to run in Illinois’ 8th district instead of against Rep. Randy Hultgren in the GOP primary next year, according to two well-placed Republican sources.

Walsh met with an aspiring GOP candidate in the 8th district, DuPage County Superintendent of Education Darlene Ruscitti, this afternoon and told her he planned to run there instead, according to a source with knowledge of the encounter.

Walsh’s chief of staff, Justin Roth, would not confirm whether Walsh would switch races to mount an uphill battle in the redrawn, likely Democratic 8th district. But a Walsh switch would relieve Republicans of a major primary battle in the 14th district, a safe GOP seat west of Chicago.

A Democratic redraw of the Congressional map earlier this year moved Hultgren and Walsh into the 14th district. Mapmakers also moved Walsh’s 8th district toward Chicago, making it a much more Democratic district in the process.

In September, Walsh and Hultgren announced they would both seek the 14th district. But sources said Walsh, a frequent and fiery critic of the president on cable news, is now discussing running in the 8th district instead.