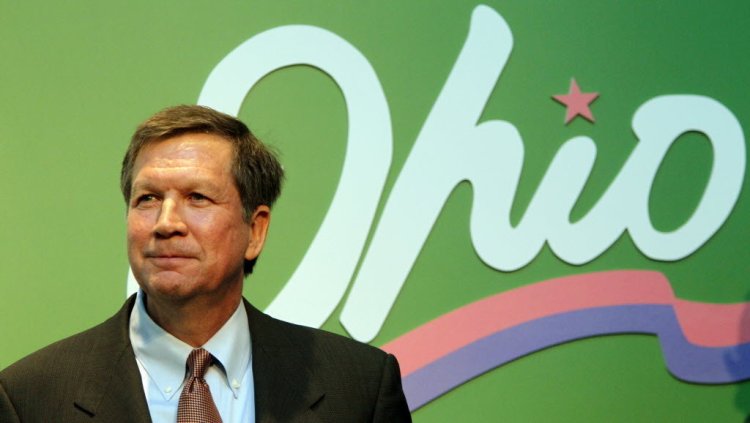 Taking office with the promise to create jobs, Ohio’s GOP Gov. John Kasich has achieved little but dismal poll numbers in pursuit of a deeply unpopular agenda. Indeed, his attempt to demolish workers’ rights recently earned him an unprecedented rejection of a governor’s signature legislation within the first year in office.

But Senate Bill 5 represented only one pillar his misguided plan. On top of allowing guns in bars and passing corporate-friendly budget blows to Ohio’s vulnerable populations, Kasich is opening Ohio’s state parks to fracking — a method of natural gas drilling that contaminates water supplies with radioactive material.

Seventy percent of Ohioans oppose Kasich’s plan to drill on public lands. And for good reason, as one home in Cleveland, Ohio actually exploded after gas seeped into its water well. But Kasich remains obstinate in his support: “Ohio is not going to walk away from a potential industry.”

According to new report from the nonpartisan Common Cause, however, the oil and gas industry may have provided Kasich with plenty of reasons not to walk away. Kasich has taken $213,519 in contributions from the oil and gas industry, “the most of any Ohio politician.” Kasich’s spokesman Rob Nichols insisted that the fracking policy is solely for jobs, and that the industry has been “warned” to follow Kasich’s “environmental rules and regulations”: