The Instability Of Inequality 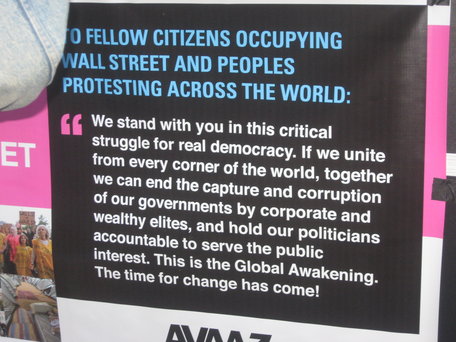 This year has witnessed a global wave of social and political turmoil and instability, with masses of people pouring into the real and virtual streets: the Arab Spring; riots in London; Israel’s middle-class protests against high housing prices and an inflationary squeeze on living standards; protesting Chilean students; the destruction in Germany of the expensive cars of “fat cats”; India’s movement against corruption; mounting unhappiness with corruption and inequality in China; and now the “Occupy Wall Street” movement in New York and across the United States.

While these protests have no unified theme, they express in different ways the serious concerns of the world’s working and middle classes about their prospects in the face of the growing concentration of power among economic, financial, and political elites. The causes of their concern are clear enough: high unemployment and underemployment in advanced and emerging economies; inadequate skills and education for young people and workers to compete in a globalized world; resentment against corruption, including legalized forms like lobbying; and a sharp rise in income and wealth inequality in advanced and fast-growing emerging-market economies.

Of course, the malaise that so many people feel cannot be reduced to one factor. For example, the rise in inequality has many causes: the addition of 2.3 billion Chinese and Indians to the global labor force, which is reducing the jobs and wages of unskilled blue-collar and off-shorable white-collar workers in advanced economies; skill-biased technological change; winner-take-all effects; early emergence of income and wealth disparities in rapidly growing, previously low-income economies; and less progressive taxation.

The increase in private- and public-sector leverage and the related asset and credit bubbles are partly the result of inequality. Mediocre income growth for everyone but the rich in the last few decades opened a gap between incomes and spending aspirations. In Anglo-Saxon countries, the response was to democratize credit – via financial liberalization – thereby fueling a rise in private debt as households borrowed to make up the difference. In Europe, the gap was filled by public services – free education, health care, etc. – that were not fully financed by taxes, fueling public deficits and debt. In both cases, debt levels eventually became unsustainable.