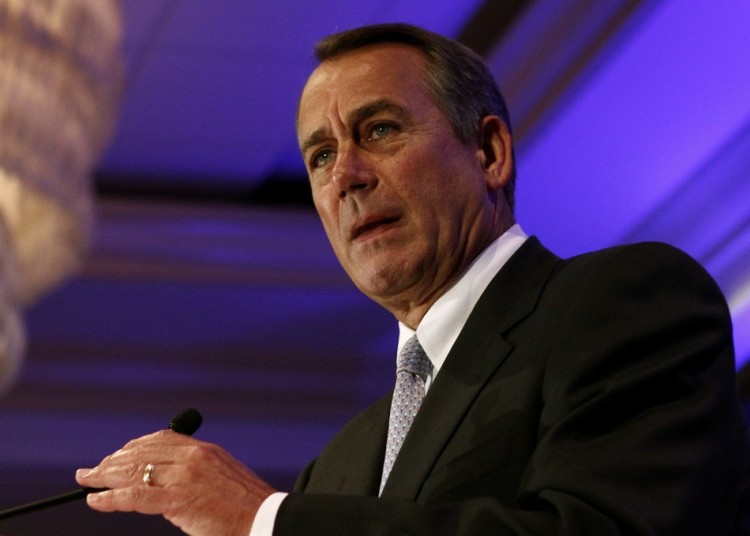 via Josh Lederman, The Hill

House Speaker John Boehner (R-Ohio) threatened Friday to withhold funding from the Justice Department unless it agrees to defend a ban on government-recognized same-sex marriages.

“We’re going to take the money away from the Justice Department, who’s supposed to enforce it, and we’ll use it to enforce the law,” Boehner told the conservative Value Voters Summit.

Boehner is engaged in an ongoing dispute with Attorney General Eric Holder over his refusal to defend in court the Defense of Marriage Act. President Obama has taken the stance that the law is unconstitutional. While the Justice Department usually defends laws passed by Congress against legal challenges, the Obama administration has stopped defending DOMA while Democrats work to repeal the law.

In March, Boehner announced that if Obama wouldn’t defend DOMA, he would, and engaged a private law firm to defend it on behalf of the House.

Continue Reading at The Hill