Facebook Will Never Charge You to Use It. Here’s Why. 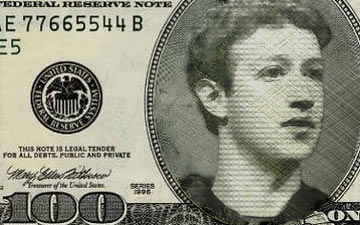 The rumor that Facebook will suddenly start charging users to access the site has become one of the social media era’s perennial chain letters.

While Facebook prominently advertises that its service is “free and always will be” on its homepage, it hasn’t stopped false rumors of a pay scheme from going viral on numerous occasions, most recently in conjunction with the major profile redesign that the site announced earlier this month.

Given the ubiquity of these rumors, we thought it was worth exploring their origin — and why we can guarantee Facebook will never charge you to use its service.

Chain letters — which date back to the days of snail mail — have dogged nearly every online service that achieved critical mass. While they vary in the details, the general premise is that something negative will happen to your account unless you spread the message to your friends.

On AIM, this took the form of IMs that needed to be shared with friends to avoid account deletion. On Friendster, rumors spread that the service was getting “too crowded” — and hence, they needed to determine which accounts were active and remove those that weren’t. On MySpace, word was that the service was getting so popular that the site would soon start charging members, and the only way to avoid the fees was to — you guessed it — forward the message to your friends.

Of course, none of these situations ever actually materialized, but it didn’t stop millions of users from passing the message along. Snopes has a detailed overview of these scams and others that have permeated the web over the years, going all the way back to the early days of Hotmail.

Timeline is a radical departure from previous versions of the Facebook user profile. The most prominent feature is the addition of a cover photo at the top of the page. Users can change this to whatever they’d like it to be.

Here’s why: For starters, it doesn’t need the money. Facebook is estimated to be on track to pull in around $4 billion in revenue in 2011, and has raised more than $2 billion in venture capital. It’s also on track to go public in 2012, a move that would bring in significantly more capital for the company and value it at between $80 billion and $100 billion.

More importantly, the company’s business model revolves around having as many users as possible. Remaining free is paramount to doing that. Facebook makes its money on highly targeted advertising that’s based on the plethora of data that its members share on the site. Restricting users’ ability to use the site would actually be detrimental to that model.

Facebook didn’t even introduce its ad platform until 2007 — because the company wanted to focus on adding users as quickly as possible.

That’s not to say social networking sites haven’t found success in charging members for some services. LinkedIn offers premium memberships with features such as enhanced search, direct messaging and seeing who has viewed your profile. Some dating sites, like Match.com and eHarmony charge users to message each other. Still, those services are appealing to a specific audience — Facebook’s goal is to connect everyone in the world. That can’t be done if you need a credit card to use the service.

Why It Will Never Charge You

Of course, Facebook is in business to make money. Beyond advertising, it has found ways to profit directly from its users through Facebook Credits, a form of currency that can be used on the site in social games like FarmVille and Mafia Wars.

In the future, we expect Facebook to find additional ways to monetize. The company could grow its credit system to become a rival to PayPal. We could also see Facebook extending its ad platform beyond the social network itself and onto the wider Web — in order to compete with Google’s AdSense.

There’s also potential in ecommerce. Although Facebook’s Deals product fell flat, an increasing number of merchants are starting to sell their wares directly on the social networking site. Might Facebook one day provide its own tools for powering such activity? It’s certainly possible.

The one thing that all of these models have in common is that they need a critical mass of users to be successful. Facebook has that, and would never risk losing it by charging people for basic access to the tools that make its multi-billion dollar business work.


Resource: Accredited online
colleges are an option for those who want to learn more about what the
future may hold in the world of social media.