Op-Ed: Equality Will Come From the Right 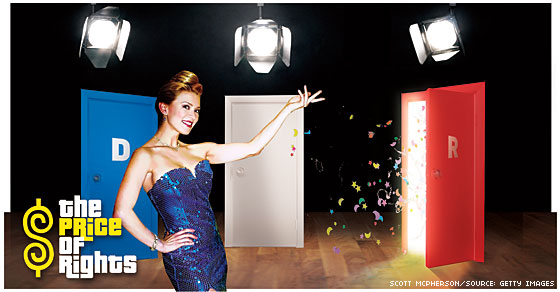 You wouldn’t know it from the media, but there is considerable movement in favor of LGBT equality coming from conservatives. Remember, it was the Log Cabin Republicans who filed the suit that provided momentum for the repeal of “don’t ask, don’t tell.” Conservative attorney Ted Olson — who argued Bush v. Gore before the Supreme Court and won — is the one in federal court trying to overturn California’s Proposition 8 and strike down the Defense of Marriage Act as unconstitutional. Republican votes secured the passage of marriage equality in New York this year.

GOProud is at the forefront of this drive, with leaders Jimmy LaSalvia and Christopher Barron staking a place for gays in the conservative movement by busting the myth that gay equals progressive. Straight GOProud supporters include former presidential adviser Mary Matalin and conservative blogger Andrew Breitbart, the latter a member of GOProud’s advisory council. Breitbart denounced groups that objected to GOProud’s cosponsorship of the Conservative Political Action Conference in 2011, and he provided one of the conference highlights by throwing a GOProud party headlined by bisexual singer Sophie B. Hawkins. It was the most coveted ticket at CPAC. This summer, when CPAC organizers announced that GOProud would not be allowed a cosponsorship or other official role at the 2012 conference, Breitbart and another influential conservative, Pajamas Media cofounder Roger Simon (who has a gay son), immediately announced they would not attend unless GOProud is welcome.

The bad news is that regardless of this vast support from the right, LGBTs on the left have only about a year to learn the language of conservatism and persuade the conservative movement that we have an unalienable right to equality. That’s because conservatives now control a majority of state legislatures and probably will also control the White House and Congress come 2013. Passing an anti–marriage equality amendment to the Constitution in Congress and getting it ratified by the states probably will be one of the first things conservatives will do, unless LGBT folks start supporting Breitbart, GOProud, and others on the right who are making real changes in our favor.

To advance LGBT equality and prevent such a devastating loss, there are four groups of conservatives that the LGBT left needs to understand better. The first two are friendly to LGBT equality: those who are fiscal conservatives and social liberals, and those who are libertarians. Fiscally conservative social liberals and libertarians generally support LGBT equality. These groups believe individuals should not be subject to the coercive powers of government, either economically (through taxes and regulations) or socially (through an established state religion or laws regulating sexual behavior).

While fiscal conservatism is usually defined as being about small government and lower taxes, those are merely policies that grow out of the fundamental axiom of fiscal conservatism. Fiscal conservatism is founded on the belief that wealth originates from the ideas of an individual who can compete in a free market and has the incentive of getting to keep most of the wealth generated by his or her creativity. Well, I ask you, who is more creative than LGBT people?

The LGBT population actually provides a model of how fiscally conservative social liberals and libertarians think government and society should work. That’s because the LGBT community is chock-full of entrepreneurs and also meets its needs through volunteer organizations and private charities because LGBTs can’t depend on the government, religions, or even their families for assistance. So LGBT folks are forced to be self-reliant, resourceful, and generous. Our charities and nonprofit organizations live or die on the basis of LGBTs having enough of their own money left over after taxes, living expenses, and savings to donate. While LGBTs create their own safety net and donate out of necessity, their approach still matches the model of fiscally conservative social liberals and libertarians that the social safety net should have as little government involvement as possible and be provided primarily through grassroots private charities.

In fact, it is hard to imagine a group of people more suited to an economic philosophy founded on individual liberty than LGBTs. That’s because employment discrimination forces us, in large numbers, into entrepreneurial careers, which is what makes us natural supporters of both fiscal conservatism and libertarianism. There’s nothing like paying your entire 15.3% FICA tax, making quarterly income tax payments, and coping with burdensome regulations—as self-employed people and small business owners do—to bring home the cost of big government to individual liberty. When the government takes most of your money through taxes, it takes your liberty to pursue your dreams and support the causes you choose. Those are the reasons 29% of gays voted for Republicans in U.S. House races in 2010, up from 19% in 2008, according to CNN exit polls.

What is tragic about the way leftist LGBTs have been pursuing equality is that their arguments could hardly do a better job of turning prospective friends on the right into enemies. The deadliest mistake has been to unite LGBT rights with the economic and social policies of progressivism in the minds of conservatives by supporting only Democrats, no matter how much they abuse and betray the LGBT community. Right-wingers who are willing to grant that LGBT equality is a matter of individual liberty and an inalienable right will fight it to the death when it is chained to the stagnation of a planned economy and the tyranny of a nanny state. Stop uniting our rights with bad Democratic economic policies and you’ll be amazed at how many more voices on the right will speak out for LGBT equality. A good place for us to start is to stop denouncing LaSalvia and Barron of GOProud and start trying to understand what they have to say.

In contrast, outer-directed social conservatives are the permanent and implacable foes of LGBT equality. They are immune to our stories of devotion and lead lives according to the dictates of their religious leaders. LGBT activists should shoo them out of government and back to their proper place in the realm of persuasion, where religions reside in America thanks to the First Amendment guarantee of religious freedom.

Finally, perhaps the most important argument for marriage equality that makes sense to conservatives is that the government must define marriage in order to protect the freedom of religion for all its citizens. If the religions fighting marriage equality succeed in grabbing the power to define marriage away from the government, instantly they will become totalitarian governments unto themselves, with enormous coercive powers. People who now have the right to marry will lose their rights to divorce, to change religions, and to marry without belonging to a religion. This would be a huge loss of individual liberty. That is a message that resonates with most conservatives.

So why is Andrew Breitbart (or even Ann Coulter, for that matter) a better friend to LGBT people than Barack Obama? Well, for one thing, Breitbart surely has more gay friends. He publicly pushes back against antigay groups that try to exclude LGBT conservatives from conservatism’s big tent. In addition, Breitbart is a fiscal conservative fighting for the principles of wealth creation that allow the LGBT community to thrive.

via Cynthia Yockey, The Advocate