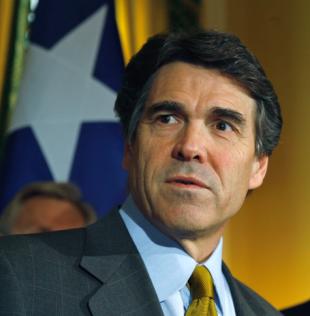 Texas Governor Rick Perry says he was “taken aback” by an incident that occurred at Monday night’s Republican presidential debate after U.S. Rep. Ron Paul (R-Texas) was asked if a man who is sick should be left to die because he is uninsured, according to NBC News.

In addressing the situation that unfolded Perry reportedly said, “We’re the party of life.” HuffPost’s Sam Stein reports on the incident:

What do you tell a guy who is sick, goes into a coma and doesn’t have health insurance? Who pays for his coverage? “Are you saying society should just let him die?” Wolf Blitzer asked.

“Yeah!” several members of the crowd yelled out.

Paul interjected to offer an explanation for how this was, more-or-less, the root choice of a free society. He added that communities and non-government institutions can fill the void that the public sector is currently playing.

The Texas congressman suggested that no one was ever turned away from the hospital when he worked as a doctor or when he’s conducted volunteer work at churches. He said, “We have given up on this whole concept that we might take care of ourselves, assume responsibility for ourselves … that’s the reason the cost is so high.”

In sharing his reaction to the exchange, Perry reportedly told NBC News and the Miami Herald, “We ought to be coming up with ways to save lives.”

As for Perry’s own stance on health care — which has entailed strong opposition to the health care reform package signed into law by President Barack Obama — the Los Angels Times reported last week:

But in the 11 years the Republican presidential hopeful has been in office, working Texans increasingly have been priced out of private healthcare while the state’s safety net has withered, leaving millions of state residents without medical care.

That has taken a toll, as nearly a third of the state’s children did not receive an annual physical and a teeth cleaning in 2007, placing Texas 40th in a state ranking by the fund. Over the last decade, infant mortality rates have risen in Texas while declining nationwide, according to the Centers for Disease Control and Prevention.

The Times notes that the situation in Texas is also seeing seniors suffer, even with guaranteed Medicare coverage. According to a recent Gallup report, the Lone Star State has the highest percentage of uninsured residents of any state in the nation.