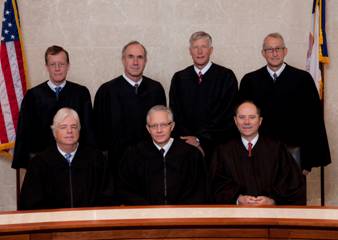 A dentist acted legally when he fired an assistant that he found attractive simply because he and his wife viewed the woman as a threat to their marriage, the all-male Iowa Supreme Court ruled Friday.

The court ruled 7-0 that bosses can fire employees they see as an “irresistible attraction,” even if the employees have not engaged in flirtatious behavior or otherwise done anything wrong. Such firings may be unfair, but they are not unlawful discrimination under the Iowa Civil Rights Act because they are motivated by feelings and emotions, not gender, Justice Edward Mansfield wrote.

An attorney for Fort Dodge dentist James Knight said the decision, the first of its kind in Iowa, is a victory for family values because Knight fired Melissa Nelson in the interest of saving his marriage, not because she was a woman.

But Nelson’s attorney said Iowa’s all-male high court, one of only a handful in the nation, failed to recognize the discrimination that women see routinely in the workplace.

“These judges sent a message to Iowa women that they don’t think men can be held responsible for their sexual desires and that Iowa women are the ones who have to monitor and control their bosses’ sexual desires,” said attorney Paige Fiedler. “If they get out of hand, then the women can be legally fired for it.”

« Yes, Virginia, There Is A Santa Claus
MasterCard Blames The Media For Negative Trend In Consumer Confidence And Spending »