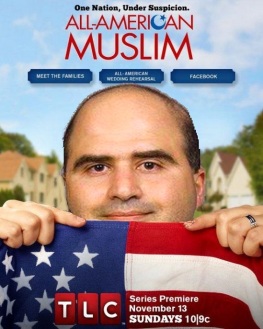 Home-improvement giant Lowe’s may need to do a fix-it job on its own image after pulling its advertisements from a new reality TV show about American Muslim families.

Lowe’s stopped running commercials on TLC’s “All-American Muslim,” bowing to pressure from a conservative Florida group that threatened to boycott the retailer and other advertisers on the show, which documents the lives of five Muslim families in Dearborn, Mich.

The move has created a backlash, with Muslim groups threatening to boycott the North Carolina-based chain in response.

“We’re calling for either a boycott or an email campaign or both,” Ahmed Rehab, executive director of the Council on American-Islamic Relations in Chicago, said Monday. “This decision is an unwelcome milestone in Islamophobia in this country.”

Rep. Keith Ellison, D-Minn., the first Muslim elected to Congress, condemned Lowe’s for deciding to “uphold the beliefs of a fringe hate group and not the creed of the First Amendment.”

Hip-hop mogul Russell Simmons defended the show on Twitter and said he had bought its remaining ad spots. “Just purchased remaining spots for #allamericanmuslim for next week,” Simmons said. “The show is now sold out! keep your money @lowes and we will keep ours.”

The one-hour show, which airs Sundays at 9 p.m., follows everyone from a football coach to a deputy sheriff, depicting the lives of five Muslim families. Since its premiere Nov. 13, the show has averaged 1.2 million viewers, according to Nielsen.

Concerned the show presents Muslims as “ordinary folks,” the Florida Family Association sent out email alerts to supporters, calling it “propaganda” and encouraging them to forward prewritten emails of complaint to advertisers.

“Clearly this program is attempting to manipulate Americans into ignoring the threat of jihad and to influence them to believe that being concerned about the jihad threat would somehow victimize these nice people in this show,” the group said on its website.

Lowe’s made the decision to pull its ads last week, posting an explanation on its Facebook page Saturday.

“The TLC program ‘All-American Muslim’ has become a lightning rod for people to voice complaints from a variety of perspectives — political, social and otherwise,” Karen Cobb, a Lowe’s spokeswoman, said in an email Monday. “Following this development, dozens of companies removed their advertising from the program beginning in late November. Lowe’s made the decision to discontinue our advertising on Dec. 5.”

While not debating the merits of pulling the ads, Sanderson said Lowe’s should not have disclosed its reasoning or used social media to disseminate it.