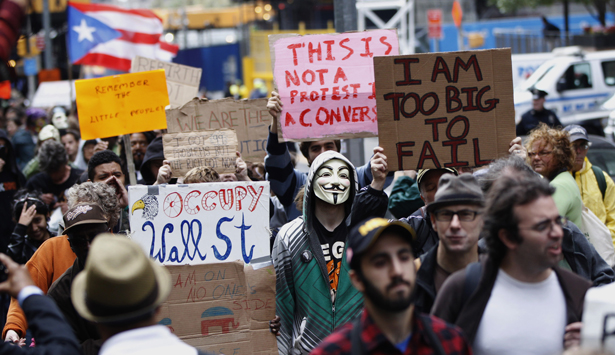 Members of the Occupy Wall Street movement take part in a protest march through the financial district of New York October 12, 2011. Hundreds of activists gathered a month ago in the Manhattan park two blocks from Wall Street to vent their anger at what they see as the excesses of New York financiers, whom they blame for the economic crisis that has struck countless ordinary Americans and reverberated across the global economy. REUTERS/Lucas Jackson (UNITED STATES – Tags: POLITICS BUSINESS CIVIL UNREST)